Canonical has launched Ubuntu 22.04 LTS, the biggest update to the Linux distribution since Ubuntu 20.04 LTS came out at the start of the COVID-19 pandemic. Similarly to other LTS releases, Ubuntu 22.04 LTS, dubbed Jammy Jellyfish, will receive updates for five years taking us into 2027. For those coming from Ubuntu 18.04 LTS or 20.04 LTS, there are some huge changes thanks to the updated GNOME desktop environment.

While anyone can go and download Ubuntu 22.04 LTS and install it on their computer, those running Ubuntu 20.04 LTS won’t actually be shown the option to upgrade until the summer (northern hemisphere) when the first point release (Ubuntu 20.04.1 LTS) has been made available. This is because people running the Long Term Support releases expect stability and waiting several months will allow any bugs to be fixed.

With this version of Ubuntu, the biggest changes are introduced through the updated GNOME desktop environment. The most notable change is in the Activities view which now works horizontally instead of vertically. Also removed is the aubergine-coloured login screen, this has been replaced with a very dark grey, almost black, a colour which looks very professional. Of course, the login screen carries the new Ubuntu logo too. 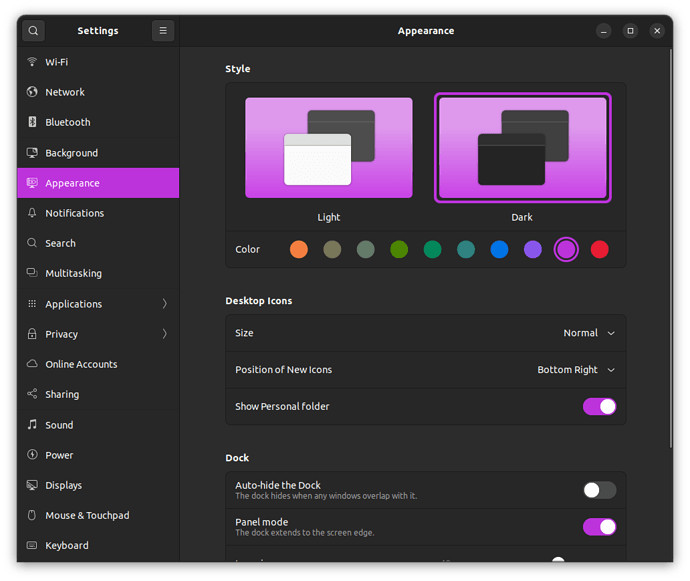 Ubuntu 22.04 LTS for Desktop ships with the Linux 5.17 kernel on the newest certified hardware but sticks with the rolling Hardware Enablement (HWE) kernel on everything else. For the Ubuntu 22.04 LTS and 22.04.1 LTS releases, the HWE kernel will remain on Linux 5.15. Other Ubuntu editions such as Server and Cloud will also ship with Linux 5.15.

As previously mentioned, those on Ubuntu 20.04 LTS will not be able to jump ship for several more months while bugs are worked out. According to the release notes, it turns out that Ubuntu 21.10 users also will not be able to upgrade for a couple of days due to a bug in snapd and update-notifier. Furthermore, Canonical is not offering offline upgrades for Ubuntu Desktop and Ubuntu Server so you’ll need to ensure you have internet connectivity or access to a local mirror.

For those of you ready to perform a clean installation of Ubuntu 22.04 LTS, you can download it now from the Ubuntu website.