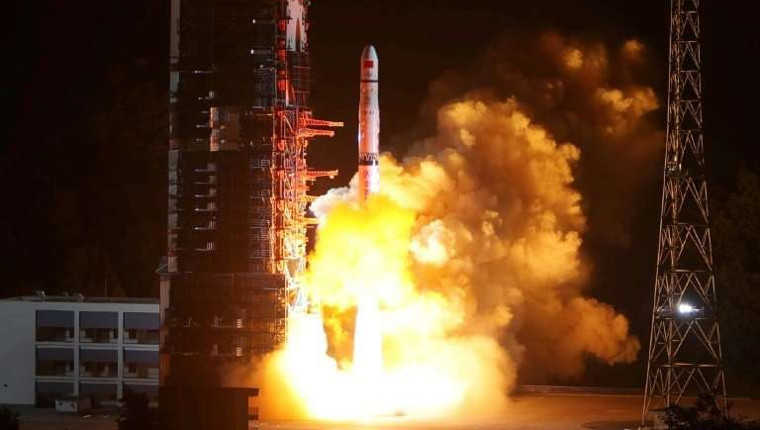 China has launched a new satellite into space atop a Long March 4C, it will eventually act as a relay between the Earth and the yet to be launched Chang’e-4 lunar probe which will land on the far side of the moon which cannot be seen from the Earth. The relay satellite, dubbed Queqiao (Magpie Bridge), launched at 5:28 a.m. local time from the Xichang Satellite Launch Center.

According to Xinhua news, the satellite will be put into a halo orbit around the second Lagrangian (L2) of the Earth-Moon system over the next eight days - 455,000 km from Earth. One notable factor of this mission is that it will be the world’s first communication satellite to operate in the Earth-Moon L2 orbit.

“The launch is a key step for China to realize its goal of being the first country to send a probe to soft-land on and rove the far side of the Moon.”

Zhang also said the mission must overcome several challenges such as making adjustments to its orbit and braking as it approaches the Moon and take advantage of the lunar gravity. Keeping the satellite on track is vital to the Chang’e-4 lunar probe mission.

When China sends its rover to the Moon at the end of the year it’ll have several objectives including measuring the lunar surface temperature; measuring the chemical compositions of the lunar rocks and soils; it’ll carry out low-frequency radio astronomical observation and research; it’ll identify the structure of cosmic rays; lastly, it'll observe the solar corona to investigate its radiation characteristics and mechanism, and explore the evolution and transport of coronal mass ejection (CME) between the Sun and Earth.