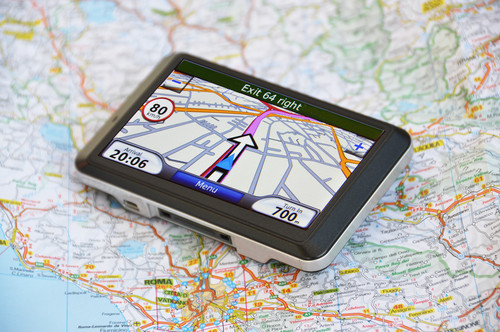 We’ve all been there: using our favorite apps to track our jogging, or navigating around a new city when we notice that our phones only have 5% charge left. It’s frustrating, depressing and potentially dangerous if you rely too much on your phones locations services. The reason this happens is that GPS destroys batteries due to the amount of information it needs to receive and then compute in order to show our location.

Most standalone GPS receivers get their data directly from the satellites that are orbiting the Earth, and this data can come down as slowly as 50 bits per second, not to mention the receiver has to do a lot of processing to correctly interpret this data. That’s why it can take up to 30 seconds, and a lot of battery usage, until you get your first tracked position.

We do a little better than this on mobile phones due to a technology called Assisted GPS (A-GPS) in which phones receive part of the GPS data through the phone’s network rather than decoding it from a satellite. Apps on our smartphones can also use cell tower triangulation and Wi-Fi access points to speed up getting a precise fix on our location. However there’s still a lot of processing involved and that uses up our battery.

But Microsoft Research is trying to improve this and in a paper published last month they seem to have done it. Microsoft has developed a technique called Cloud Offloaded GPS (CO-GPS) in which all the computation is done in the cloud. The prototype they developed called CLEO pushed raw GPS data to the cloud for processing which resulted in high precision location information with a dramatic reduction in power consumption – three orders of magnitude less power used compared to today’s mobile phones. Or put differently “with a pair of AA batteries, CLEO can theoretically sustain continuous GPS sensing ( at 1s/sample granularity) for 1.5 years”.

Now before you go out to celebrate this amazing feat remember this is still a trial, and Microsoft is looking at standalone receivers rather than mobile phones. However, such dramatic improvements will no doubt one day come to our smartphones and other devices. The sooner the better.