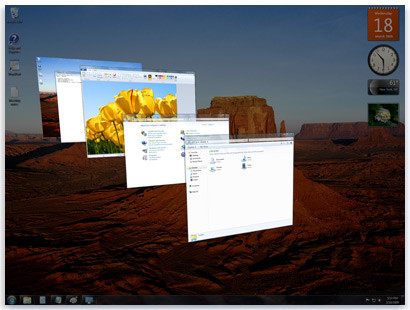 When Windows Vista came out in 2007, Microsoft decided to put in two new features called Flip 3D, which allowed users to flip through open Windows applications on the desktop. Flip 3D, shown above, turned the open windows into cascading 3D images that can be browsed.

Microsoft put that feature inside Windows 7 but decided to do away with Flip 3D for the desktop UI in Windows 8. Now it appears that Microsoft is working on a new version of viewing open windows on a desktop that's similar to the Flip 3D UI. 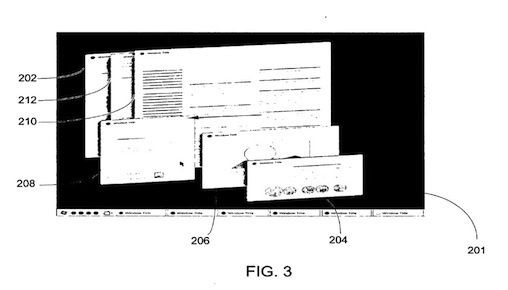 The company filed for a patent application with the U.S. Patent and Trademark Office in November but it was not published in public until last week. As you can see in the image above, the actual UI is close to Flip 3D. In the patent description, Microsoft admits that Apple came up with a way to browse through open windows in OS X called Expose (later called Mission Control) as thumbnails. However, the patent notice decides to take a small dig at Apple's approach, saying:

While Expose allows the user to view open windows simultaneously, multiple windows are tiled on the screen, which can still lead to some confusion. It would be helpful to provide an interface which allows a user to scan quickly through open windows, one at a time.

The new method that Microsoft wants a patent for would keep the relative sizes of open windows while also allowing for those open windows to fill the screen as opposed to the cascading effect that Flip 3D has. The fact that Microsoft is trying to file a patent on this new open windows feature shows that the company still knows that there are tons of desktop users of Windows and that the desktop UI isn't going away anytime soon. It's possible that this new feature could show up in a future version of Windows.