Microsoft's new Windows 10 Mobile flagships are now on sale in various markets around the world, including the United States, the UK, Germany and India, among others. It's fair to say that there's plenty to like about the Lumia 950 and Lumia 950 XL - but two years after the last Windows Phone flagships arrived, do they live up to the expectations of potential buyers?

Microsoft maintains that these new devices were designed 'for its fans', but while that's a nice sentiment, it doesn't really stand up to scrutiny. Both handsets tick plenty of the boxes that you might expect of new high-end smartphones, but on the face of it, it's hard to see exactly where Microsoft supposedly went the extra mile to make these devices uniquely special for its most loyal supporters.

For example, ever since the giant Lumia 1520 was announced, many have been wondering when stylus support would be available on Windows phones. Of course, neither the 950 or 950 XL feature a Galaxy Note-style integrated stylus, and yet the reaction (on Neowin and elsewhere) to a rumor claiming that the Surface Pen might work with the new phones certainly suggests that many fans would have loved to see stylus support incorporated (particularly following the cancellation of the Surface mini).

Many have also commented that Lumia devices look too similar to each other, calling in particular for more 'premium' materials and distinctive design at the top end of the product range. But the new Lumias are more of the same on the design front, and as Windows Central recently noted, many users have complained that the flimsy plastic rear covers on both flagships are 'creaking' - a problem that could easily have been resolved in production, but which some buyers are now fixing by adding patches of Scotch tape to the covers.

And what about the bright and bold colors that Lumias have become famous for? There's no orange, green, magenta, yellow or cyan options that have been seen on other Lumia handsets - the 950 and 950 XL are only available in black or white. Microsoft has told me, on more than one occasion, that black and white were chosen to appeal to business customers, who favor these less garish color options. So much for 'designed for the fans'... 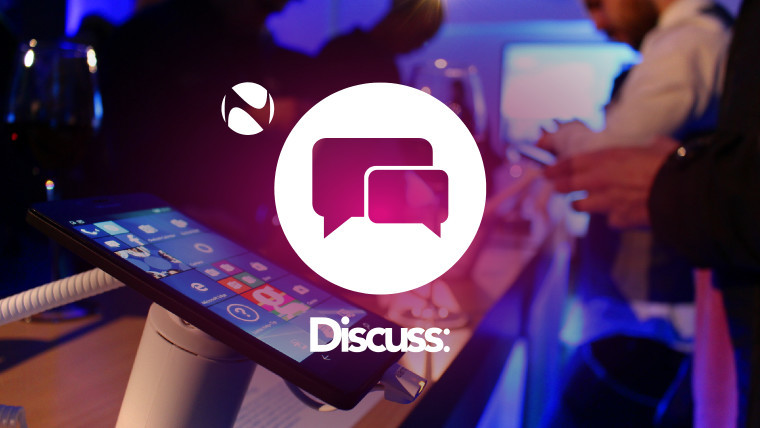 A direct successor to the Lumia 1020's outstanding 41-megapixel camera, double-tap-to-wake, and the use of physical buttons (rather than on-screen Back, Start and Search 'soft-buttons'), might also be added to the list of features that some fans would have liked to see, but which are absent from the latest Lumia range-toppers.

Of course, it's worth keeping things in perspective: there's no such thing as a perfect smartphone, and like all of its rivals, Microsoft has had to make tough decisions to get its devices to market. Certain 'missing' features will annoy some more than others - but for some buyers, the Lumia 950 and 950 XL will no doubt make them very happy indeed.

Whether or not you'd call yourself a fan of Microsoft's devices, we're eager to hear your views on this. Are the new flagships exactly what you hoped they would be? Or were you expecting something a bit more special? Do you care less about the spec sheets, and more about the software and experiences, such as Phone Continuum? Which features - whether those mentioned above, or others - would you have liked to see on the new phones? And ultimately, are you planning to actually buy one?