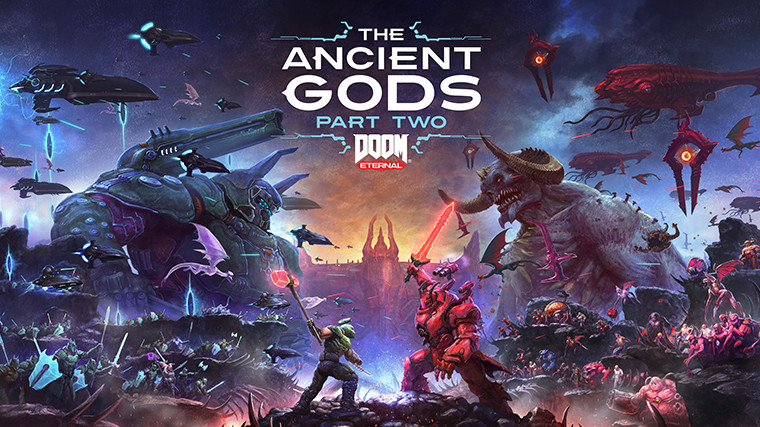 The second part of the Doom Eternal campaign expansion Ancient Gods is releasing tomorrow, with id Software announcing the surprise release with a brand new gameplay trailer, seen here. The two-parter expansion has continued the base game's storyline, thrusting the Doom Slayer towards the biggest ancient evil of them all, the Dark Lord.

Here's how id Software describes the setting of The Ancient Gods – Part Two and the locations players will be visiting:

You denied the gods and awoke an ancient evil. Now rally the scattered Sentinel armies, lay siege to the last bastion of Hell, break through the fortress walls, and face the Dark Lord himself. The soul of the universe hangs in the balance.

Face Hell’s armies in never-before-seen locations. From the ruins of ancient Sentinel settlements and the cosmic wonders of the World Spear, to a devastated and overgrown city on Earth hiding a mysterious gateway, to the last bastion of the Dark Lord protected by towering walls and powered by advanced technology.

The studio is describing this expansion as the "epic conclusion to the DOOM Slayer’s saga," meaning this may be the last time fans get to be in the shoes of the Slayer, at least for a while.

The Ancient Gods – Part Two will be available as part of the Doom Eternal Deluxe Edition, the Year One Pass, and as a standalone purchase much like Part One. It is headed to PC, Xbox One, PlayStation 4, and Stadia.