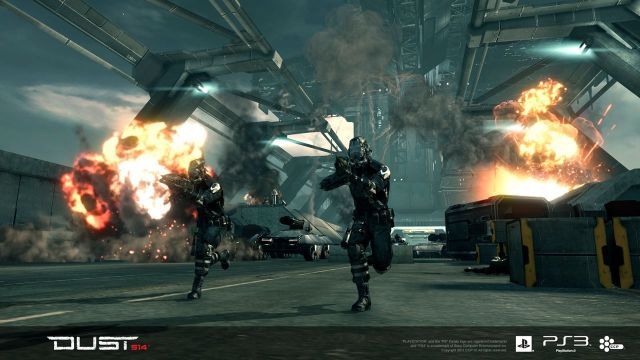 One of the more interesting Playstation 3 games on the horizon is DUST 514. The sci-fi multiplayer first person shooter from developer CCP Games was first announced a few years ago but it's only been in the past year or so that CCP has revealed a lot more information about the game, including the fact that it will be a free-to-play title when it is released.

The developer will ramp up invites to the beta over the summer before the full launch of the game, which is scheduled to happen sometime in 2012.

Perhaps the most interesting aspect of DUST 514 is its link with EVE Online. CCP has said that players who control starships in that game can fire down at the planets where the on foot battles in DUST 514 are happening, when called upon to do so by DUST 514 players. On the opposite end, DUST 514 players can also fire guns from the surface of the planet that are targeted on the EVE Online spaceships.