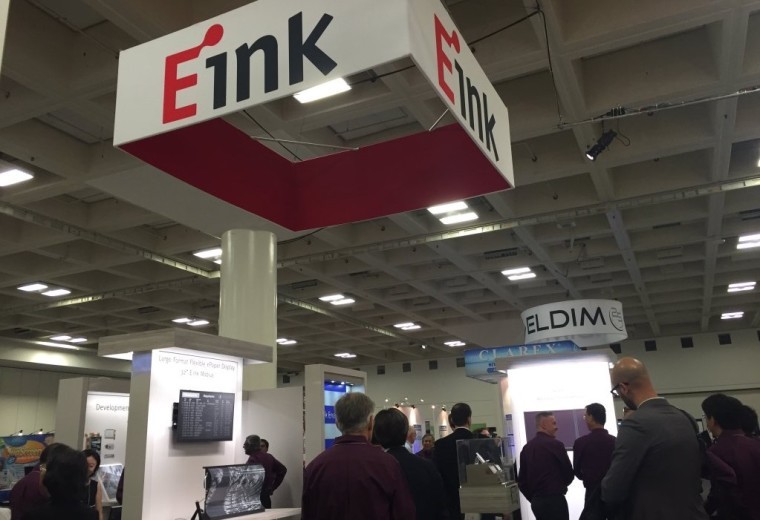 If you're using Amazon's pricey but nearly perfect Kindle Oasis (or any other model) e-reader, the display you're staring at is E-Ink technology. The company is a pioneer of "ePaper" displays, and today's news is really interesting in the context of making better color electrophoretic displays, which is something that has proven very difficult to do, despite many years of R&D.

Yesterday, at the Display Week conference in San Francisco, E-Ink announced a breakthrough in color ePaper technology with a new screen that is able to display up to 32,000 colors. It probably doesn't sound too impressive, but unlike previous solutions that used color filter arrays or other tricks, the new Advanced Color ePaper (ACeP) isn't a half-baked solution that displays washed-out colors.

The pixel microcapsules in the ACeP contain all the pigments needed to make the colors, and thanks to "many materials and waveform inventions", the new display can "independently control the position of the multiple color pigments ". That means it can create a wider color gamut and look almost as nice as actual print on paper. Almost.

There is, however, an issue that will require a lot of work to overcome: E-Ink was only able to produce ACeP displays with a resolution of 2500 by 1600 in a 20-inch package - which means a density of 150 ppi, not as sharp as the typical Kindle display - not to mention that it's larger. It is however very light and low-power, and the company has managed to make it compatible with existing TFT backplanes - that means it's also cheaper to manufacture.

The folks over at Slashgear were at the conference, and shot a nice video where you can see the new ACeP in action. As you can see, E-Ink plans to initially use the technology for digital signage applications, but this looks very promising for the future of e-readers as well - you'll just have to be patient - the first gen ACeP is set to go into mass-production sometime in the next two years.