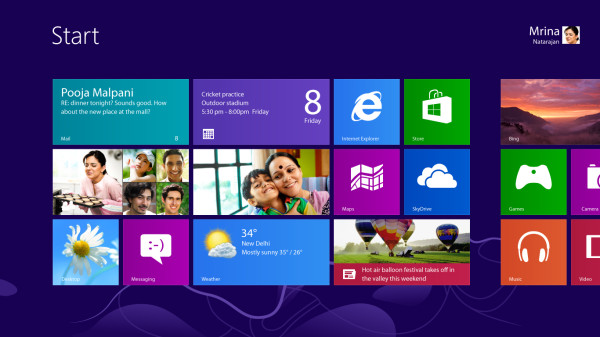 Windows 8's sales have made for some entertaining comments.

When Microsoft announced it has sold 40 million Windows 8 licenses, it elicited a strong reaction from technology journalists across the Internet. Two of the journalists who had some of those strong reactions are Ed Bott and MG Sigler.

Do you know who Ed Bott and MG Siegler are? No? Well allow me to give you some background.

Ed Bott is a journalist who typically loves Microsoft products. Also, there was once a show called “BattleBotts,” where his clones would fight to the death. MG Siegler, conversely, is a journalist who typically hates Microsoft products. An interesting fact about him is that he legally changed his name when he was 21 so it’d sound more like a villain’s name from a World War II-themed movie.

Anyway, as you can imagine, they have some different views on Microsoft’s Windows 8 sales. Bott, for instance, was quick to point out a unique statistic regarding Windows 8’s sales in comparison to its leading competitor.

Fun fact: In one month, Microsoft sold a quantity of Windows 8 licenses equal to more than half the entire installed base of Macs.

While that statistic is accurate, it’s somewhat irrelevant now that Apple’s bread-and-butter business is mobile devices. It may be entertaining to compare Microsoft to Apple in terms of operating system market share, but it hardly paints a picture of where Apple is in the industry. I doubt they’re overly concerned about Microsoft’s continuing PC sales dominance.

Siegler took a different view regarding the sales, however.

According to his implication, Microsoft is misleading consumers and the media by not saying how it’s counting licenses.

Siegler expanded on that view on his blog, putting the sales figure in quotes and focusing on the fact that we don’t know how Microsoft is counting the figure.

While he’s also accurate in saying we don’t know the exact way the statistics are being counted, his comments are irrelevant as well. Why? Because Microsoft’s already said Windows 8 is – at minimum – on pace to sell an equivalent amount to Windows 7, although it’s more likely it’ll outsell the company’s previous operating system.

That’s pretty good in a market where worldwide PC shipments are slowing (and they’re expected to drop this year – for the first time in more than a decade). Probably not amazing, but it’s certainly not the "shitshow" Siegler was predicting.