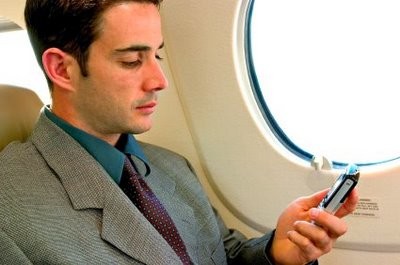 The European Commission (EC) has adopted new rules that will allow mobile devices to be used on board in the European Union.

The body approved use of 3G and 4G services for calls, text messages and internet usage above 3,000 metres. After the initial take-off period, devices such as mobile phones, laptops and tablets will be allowed to be used freely. The decision comes after US airlines recently allowed use of devices on-board as they found no threats could be made to in-flight systems.

The Guardian reports adjustments must be made before passengers can make flights mid flight. Companies must install specific hardware on board to create a wireless access point, which is linked to the ground via satellite connections. This ensures communication between ground networks and the cockpit won’t be interrupted. Here, passengers will be charged with international roaming fees which are set out by individual phone networks.

A CAA spokesperson says the rules are not compulsory and it could take a while before it is rolled out across airline carriers.

“Passengers will not be able to use their 3G or 4G mobile phones on aeroplanes any time soon - we’re talking months not weeks here.”