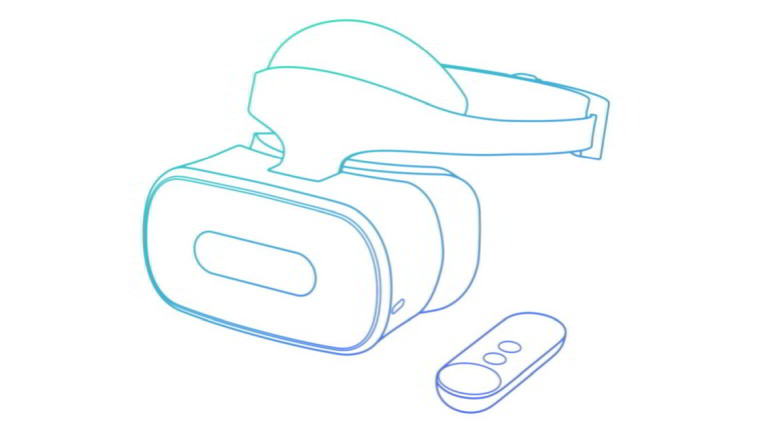 We've known that Lenovo has been working on a standalone VR headset in conjunction with Google's Daydream platform, but not much has been revealed about the hardware. It appears the set is still in the works, and likely inching its way toward an official announcement.

New documents from the Federal Communications Commission, uncovered by LetsGoDigital, show that a device known as the Lenovo Mirage Solo with Daydream has been approved as meeting FCC guidelines. Lenovo has designated it with a VR-1541F model number.

Not much else is revealed about the unit, other than a 4,000mAh lithium-ion battery and Bluetooth v5.0 LE compatibility. The standalone unit will be a step up from the Lenovo Mirage augmented reality headset that was used in Star Wars: Jedi Challenges earlier this year.

While we don't know anything about extra specs or cost, we can assume the new unit will cost in the range of other standalone sets. When asked about the Star Wars: Jedi Challenges and why the $199 AR headset kit for the game had to rely on an app, the company did say that a standalone experience would cost about $400 self-contained, which puts it in line with the current price of the Oculus Rift. Of course, it could be a competitor to the Oculus Go, which was announced at a $199 price point.

Daydream-powered headset options got a bit smaller when HTC scrapped its plan to create a unit in conjunction with Google. A Qualcomm unit, however, is still in the works.

With CES 2018 starting on January 9, we could see the official announcement of the Lenovo Mirage Solo with Daydream at the event now that the FCC certification is out of the way.