Earlier this month, we got a clear look at the LG G3, the company's new flagship Android phone, thanks to leaked images of the device. But ahead of its launch in a couple of weeks' time, LG has now given us our first official views of the device, with the release of a teaser video.

The video is, of course, intended to whet our appetites while still holding something back for the official announcement, so LG has been careful to give us only the scantest glimpses of the latest addition to its range. Our interests have certainly been piqued though, thanks to the fleeting views of the G3's slender profile, a floating camera lens (hinting at optical image stabilization), speaker close-ups and what appears to be brushed aluminium bodywork. The unusual rear buttons of the LG G2, located below the camera, have also been carried over to its successor.

The G3 is expected to be a pocket powerhouse, with specs rumoured to include a quad-core Snapdragon 800-series processor, 3GB of RAM, 32GB of storage, a 13- or 16-megapixel camera and a 5.5-inch display with Quad HD (2560x1440px) resolution. 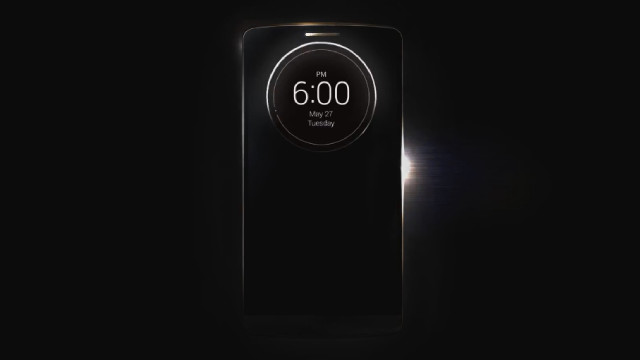 The company has added a product page for the device to its website but, predictably, it's rather lacking in detail at the moment. LG will be unveiling the G3 on May 27 at a launch event in London, so with less than two weeks remaining until the big day, at least we don't have long to wait before we get a proper look at what could be one of the most exciting handsets of the year.