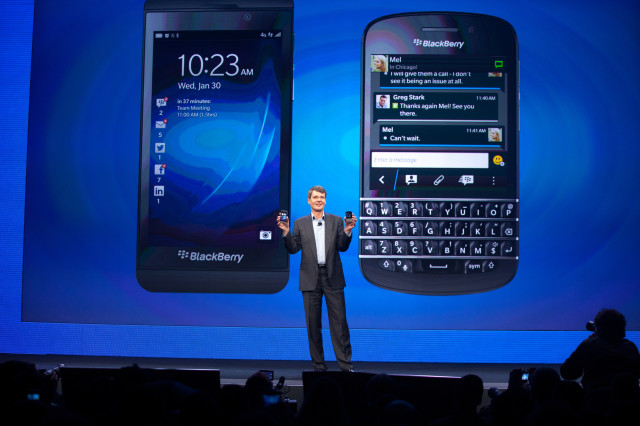 BlackBerry's growth has been stagnant for years as the company struggles to keep up with other mobile platforms like Android and iOS; although the company remains vigilant despite a predicted market share of only 0.3% in 2018, it's little secret that BlackBerry's last stand remains in enterprise contracts, providing phones and services to corporations. But BlackBerry will soon take a loss in that field too, as Ford moves its nearly 3,300 employees with company-issued mobile devices to a more dominant platform: Apple's iPhone.

Ford made the announcement in an interview yesterday, saying that it would cut ties with BlackBerry and shift its employees to iPhones. Despite having over 180,000 employees worldwide, only around 3,000 had company-issued devices, although Ford plans to give iPhones to around 9,000 employees by 2016.

Apple's market share dwarfs in comparison to Android, its largest competitor, but scoring a contract with Ford will help Apple remain on the upswing against an increasingly competitive market. On the other hand, losing a contract with Ford means that BlackBerry's business endeavors continue to slowly and painfully tumble -- despite the company's best efforts otherwise.

BlackBerry has made news recently in its attempts to climb back up the mobile market, first by selling off its entire research and development department to Volkswagen, then by (finally) launching a closed beta of BlackBerry Messenger for Windows Phone users. But for a company which has refused innovation for so long, its recent quest for revitalization may have come too little and too late.