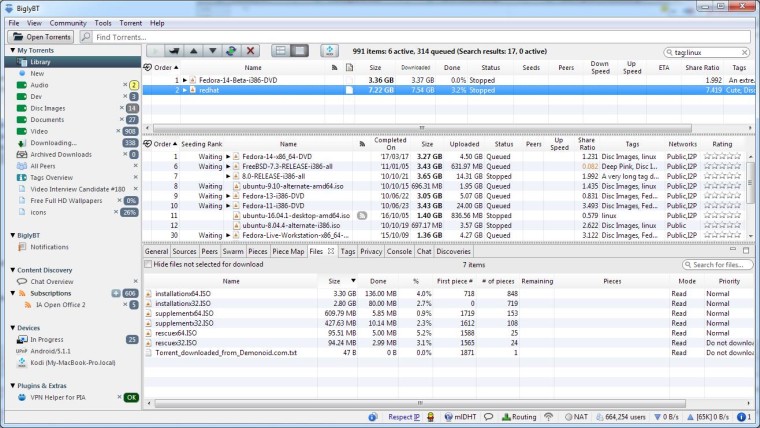 Vuze, a once very popular BitTorrent client previously known as Azureus, was created by a group of developers back in 2003 when the BitTorrent protocol was still a relatively new technology. Written in Java and available on Windows, Linux, OSX, and Android, Vuze had always received mixed reception, as some praised its countless features, while others saw the client as bloated, a view that some people have also formed about uTorrent lately, when compared to other, more streamlined clients. Lately, development of the client has stalled completely, which is the result of two of the project’s core developers leaving the company and starting a new open source torrent client.

BiglyBT, as the new client is called, is based on Azureus code that the team promises to optimize in the future while keeping the project open-source without any commercial interests. The client is licensed under the GNU General Public License and does not contain any of Vuze’s proprietary code. In addition, it is completely ad-free with the developers removing some features that are considered bloat, such as the content network, games promotions, DVD burning and the sponsored offers in the installer. The project is solely supported by donations from the public.

BiglyBT is currently available on Windows, MacOS, and Linux, while an Android app based on an open source fork of Vuze Remote will follow in a few weeks. The client currently looks very similar to Vuze but the developers plan to create a new style and incorporate a number of features that will set it apart in the future.