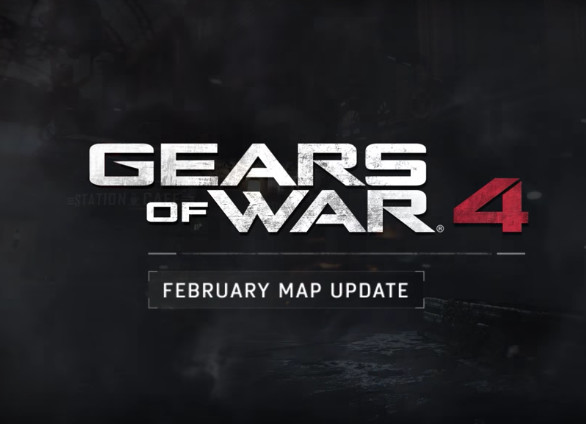 Gears of War 4 arrived on the Xbox One last October. While it has been a few months, the title has already received updates to keep gameplay fresh, and more importantly, players interested. Today, a new update arrives that adds new maps, a Valentine’s event, new 'Gear Packs', and improvements to the game.

With the new update, players will be able to explore two new maps that were contemplated by the developers at launch, but for whatever reason just never made it into the game. Now, those ideas have manifested into Impact Dark and War Machine. Impact Dark utilizes the Impact map but adds a nice twist by limiting visibility throughout the terrain. Along with a weapons swap, this adds a new dynamic that should have players engaged in a good amount of intense close combat.

If you're a series veteran, War Machine should sound familiar. But, you'll be in for quite the surprise, as the developers have spruced up the map, eliminating the dreary motif and making it look pristine. The map still retains its core elements, like the heavy machine gun, which should make the fights intense.

Also starting on February 10, Gears of War 4 will celebrate Valentine's Day with a week-long event that will offer new Gear Packs, new bounties, and 'Torque Bow Tag'. There will more details about that event released later this week.