It was actually back in March that UK carrier giffgaff launched its first 4G services, with an extended 4G trial that has been available in the months since then. But a couple of weeks ago, giffgaff announced that it was preparing for the full launch of its 4G LTE service, and that day has now arrived.

Three new goodybags are available for anyone signing up to giffgaff from today, priced from £12 a month for 500 minutes of talk time and 1GB of data, up to £18 a month for 1000 minutes and 5GB of data. All of giffgaff's 4G goodybags - the company's colourful name for its monthly price plans - include unlimited texts.

giffgaff is a virtual network (MVNO) owned by Telefónica's O2 UK, and although it uses the O2 network, it is managed in quite a different way to its parent company. giffgaff directly employs very few staff, and has none of the large and costly call centres that other carriers manage to help deal with customer service issues. Instead, most support issues are handled online via giffgaff's community of customers (except for certain critical issues).

giffgaff doesn't entangle itself with operating expensive high street stores either, and all of this helps to keep its costs down - savings that the carrier passes on to customers in the form of low-cost, high-value price plans, with no contract commitment. 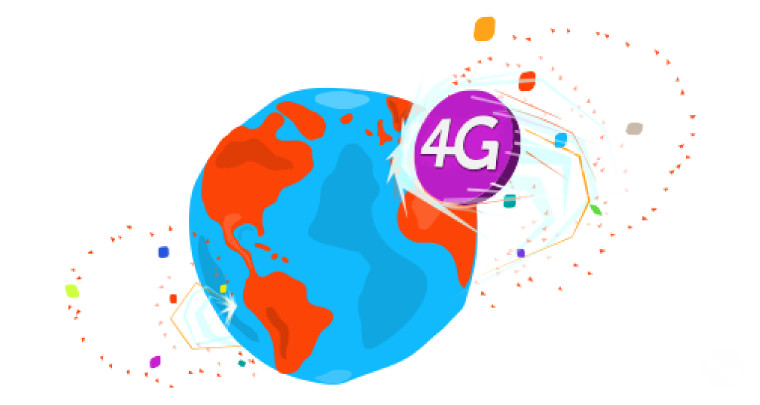 But giffgaff's 4G goodybags aren't quite as compelling an offering as its 3G price plans. Customers content with 3G speeds can get a goodybag for £18 a month with 2000 minutes and unlimited data. But for the same price, those who want 4G speeds get just 1000 minutes, and a much more restrictive 5GB of data.

giffgaff clearly knows its got a bit of a tough sell for its existing customers in trying to get them to switch to 4G, which is why it's offering a discounted 4G trial for the next couple of months to all customers who were already on giffgaff before today.

Between now and January 12, those customers will be able to dip their toes into the waters of giffgaff 4G with goodybags that cost a little less than the standard versions. The £12 4G goodybag is discounted to £10; the £15 goodybag to £12; and the £18 to £15.

Whether you're joining giffgaff today or you were already a customer, you'll need a 4G-ready handset that supports LTE connectivity in the 800MHz range on which O2's UK network operates.