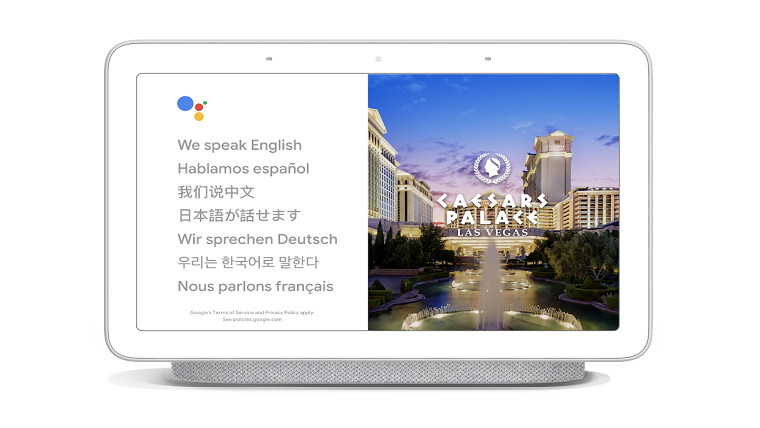 Google announced a bunch of new features coming to Assistant and Assistant powered smart devices at CES earlier this year. They include features such as Interpreter Mode, added functionality to the iOS and Android Assistant apps, integration with Maps and more. While some features and devices were launched right away, others were slated to roll out over the weeks following the announcement. It now looks like one of those features, Interpreter Mode has begun rolling out to Google Home devices and Smart Displays powered by the assistant.

A Google Support page detailing the steps for using the said Interpreter Mode (spotted by AndroidPolice) provides more information as to how the feature would work, The feature is currently available on all Google Home devices, some speakers that come with Google Assistant built-in and all Assistant powered Smart Displays. For those curious, Interpreter Mode helps with real-time translation of speech and works like a live translator. For the time being, the mode can be started using English, French, German, Italian, Japanese, or Spanish. Once started, the Assistant can help with translating speech to one of the supported 26 languages.

The languages that are currently supported include:

The commands to start the "mode" include using phrases such as “Turn on Interpreter Mode”, “Interpret from English to French”, "Be my Italian interpreter” and so on. Once on, the Assistant chimes to listen to the sentence, after which it repeats the sentence in the translated language. On Smart Displays, however, in addition to the voice responses, the translation is also displayed on the display. The mode can be turned off using a simple “Stop” or “Quit” command.

While this feature may not be very useful to users that use smart speakers at home, it does make a lot of sense in a hotel kind of setup, where language can be a challenge. The feature, thus, was also piloted at several hotel concierge desks. Interpreter Mode may not be perfect yet, but it wouldn’t surprising to see it get better with time considering Google’s upper hand in localization through other popular services.