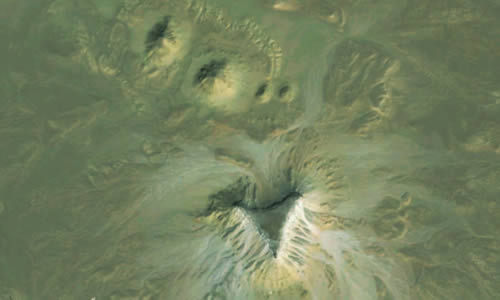 The deserts of Africa have long held secrets we acknowledge we simply may never know. Yet now we have to wonder what we're missing with that dismissal of the deserts. People believed that the Ancient Egyptian hieroglyphs would never be understood, even by historians. The discovery of the Rosetta Stone changed that belief, and if Google's Earth program is right, we might have a need to get into the African deserts quickly.

The main gain of satellites for overlooking earth is that you can go somewhere without needing to go there. If you need to do some fact checking then you can fire up Google Earth and find what you need without too much hassle. It also means we can identify things that we might not have reached. This is what might just have happened with the discovery of what appear to be more pyramids in Egypt.

The main home of Egyptian pharaohs now is the 'Valley of the Kings'. Arguably one of the most famous leaders of Ancient Egypt was Tutankhamun; the boy-king who died at the age of eighteen. His tomb lay undiscovered for thousands of years, until it was discovered 1922, completely untouched. The pyramids, while the typical resting places, fell out of fashion in the later years of the Ancient Egyptian reign due to grave robbers. Nobles took to hiding the bodies or using traps to kill thieves. 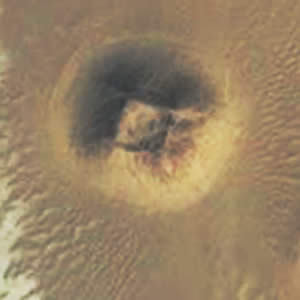 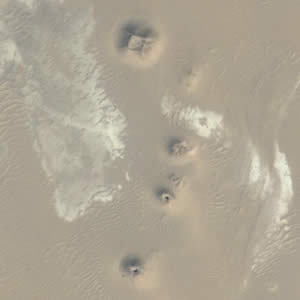 They don't look like much but they could potentially teach us a great deal if they're real.

This is a screencap of these potential new pyramids. Assuming they're real, they could potentially be more than just pyramids. There could have been bodies buried underground as well, to protect them. The pyramids would be homes of the older generation of Egyptian rulers.

We don't doubt the legitimacy of the images, for they were taken by Angela Micol; an alumni of UNC Charlotte, North Carolina. She also discovered a potential underwater city off the coast of the Yucatan peninsula, so she's not exactly inexperienced at hunting things down via Google Earth.

If these pyramids can be examined then we could discover a lot more about the Egyptians than we knew before. Pyramid expert Nabil Selim has verified that these are undiscovered formations, stating that they resemble 13th dynasty pyramids. Wikipedia's timing of the thirteenth dynasty is as follows:

Thirteenth dynasty pyramids are going to be very interesting, for Egypt had more than thirty dynasties before the 'Ancient Egyptians' we know about ceased to be so powerful. These could cast new light on everything we understand about ancient Egypt, and it may uncover more too. Perhaps there were more dynasties, perhaps there were more leaders; perhaps it means even more than these two basic suggestions.

This has the potential to be massive, especially for Egyptologists. The country's ancient history is fascinating, and if there is more fuel for the scholarly fires it may even lead to more pyramids being found or other discoveries being made. Google Earth might just have changed how we discover ancient history. The last time we discovered an untouched tomb was with Tutankhamun, who lived after the thirteenth dynasty. These may have lain untouched for even longer, and could show us even more about the ancient history of Egypt.