Google's News & Weather app has so far been available only on the company's Android platform - and given how many Android devices are out there, that's a pretty big user base. But Google is keen to expand the app's footprint even further, and has now released a version for iOS. 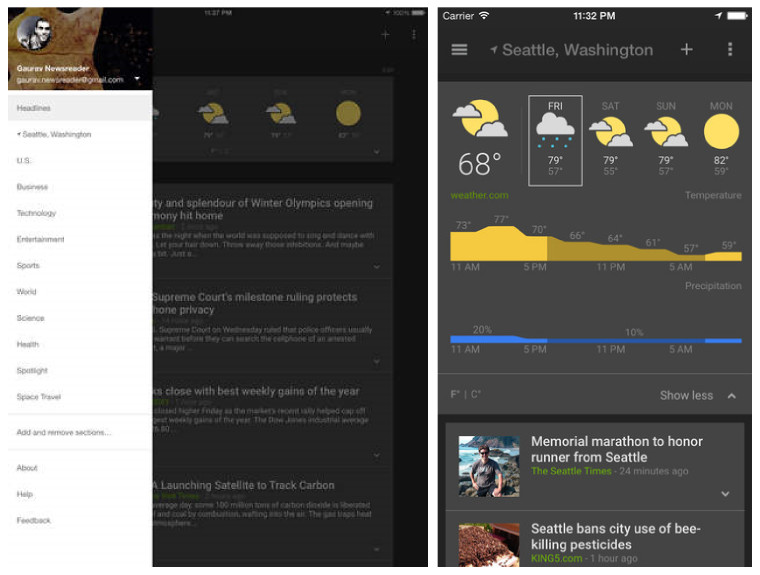 The app is available in both iPhone and iPad flavours, and pulls in content from around 65,000 publications around the world. It also comes in 60 country-specific editions and can be customised further with create-your-own news sections on virtually any topic that you can imagine.

The app is now available to download free from the iTunes App Store, although a restriction is in place that states that "you must be at least 17 years old to download this app."

Despite the company's willingness to reach out to new users with expansion of the app's availability to iOS, don't hold your breath if you're hoping that it might make it to Windows Phone. Google's attitude towards Windows Phone ranges somewhere between indifference and contempt - but hey, if BlackBerry can bring BBM to Windows Phone, maybe anything's possible.