Google announced today via their official blog that they have released a tool showing requests for data that governments have made around the world. To open the blog they quote article 19 of the Universal Declaration on Human Rights  which states that "everyone has the right to freedom of opinion and expression; this right includes freedom to hold opinions without interference and to seek, receive and impart information and ideas through any media and regardless of frontiers."

They point out that as the web grows so do government requests for censorship. Many of the request they receive are legitimate requests to take down illegal content but some are centered around censorship and not removal of illegal content.

We already try to be as transparent as legally possible with respect to requests. Whenever we can, we notify users about requests that may affect them personally. If we remove content in search results, we display a message to users. The numbers we are sharing today take this transparency a step further and reflect the total number of requests we have received broken down by jurisdiction. We are also sharing the number of these content removal requests that we do not comply with, and while we cannot yet provide more detail about our compliance with user data requests in a useful way, we intend to do so in the future. 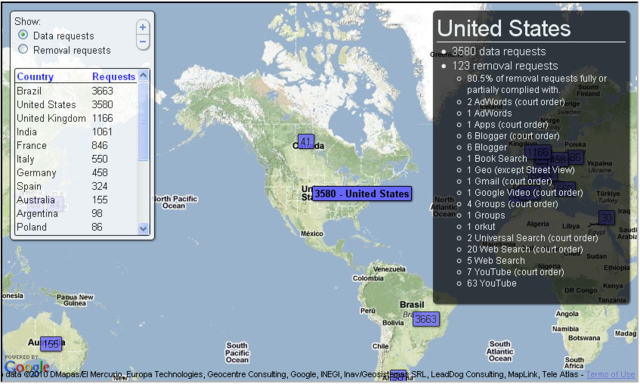