As Google prepares to launch Android 11 later this year, the company is providing some stats on how quickly the previous release, Android 10, has made it to devices. The firm says that the Android 10 adoption has been “faster than any previous versions of Android”. The firm credits the various efforts in the previous releases for the increased pace of adoption.

Project Treble was one of the first efforts from the search giant to combat the issue of growing fragmentation. The project debuted with Android 8 Oreo and created a “system/vendor” split that let OEMs and SoC develop devices and silicon independent of each other. This resulted in a 2.5X increase in Android 9 Pie adoption, the firm says. It adds that every device that preloads the Google Play Store has been “Treble compliant” since then. 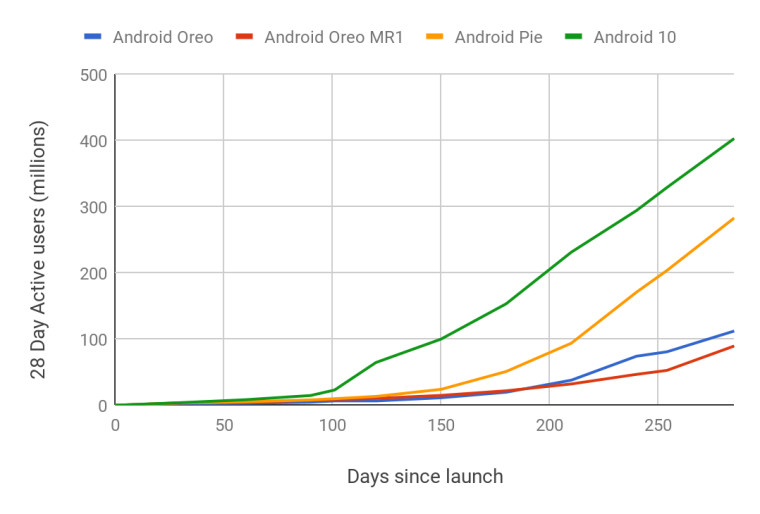 Other efforts, such as publishing Generic System Images (GSIs) for app compatibilities and working with OEMs for releasing developer previews to non-Pixel devices further increased the adoption of Android 10 by 1.5X. Additionally, with Project Mainline, the company added the ability to update core OS components directly through the Play Store, reducing reliance on OS updates for security. The Mountain View giant says that “Android 10 was running on 100 million devices 5 months post launch – 28% faster than Android Pie”.

Google aims to further improve the OS's adoption with the next major update to the platform. It has added nine more OS components that can be updated via the Play Store. The company is working to provide a Generic Kernel Image (GKI) by isolating code at the kernel level that will make security updates faster and one that works with all Android devices. It is also working on a ‘Virtual A/B’ OTA update system that builds on the now mandatory seamless updates feature.