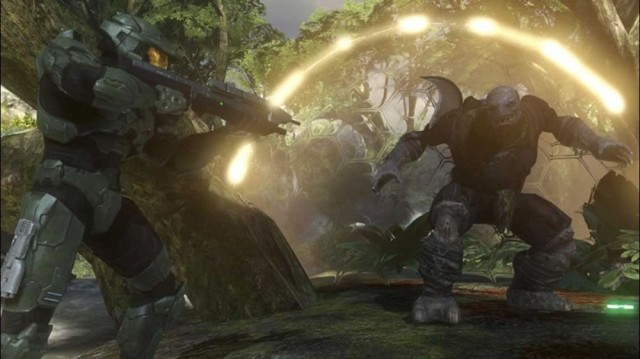 As promised a few weeks ago, current subscribers to Microsoft's Xbox Live Gold service can now download and play the full version of Halo 3, the 2007 Xbox 360 entry in the popular sci-fi shooter series, from now until October 31st.

Normally, Halo 3 would cost $14.99 to download from the Games on Demand service, but the title, developed by Bungie, costs absolutely nothing for the next 16 days if a person has paid for a Xbox Live Gold membership. It's all part of Microsoft's recent "Games for Gold" program that offers at least two free games a month from the Xbox 360 catalog to Xbox Live Gold subscribers. Keep in mind that the free download is just for Halo 3 and does not include any of its paid post-release DLC content.

When Halo 3 was first released, it was a huge critical and sales hit, with Microsoft at the time stating that it had generated $300 million in revenue in its first week. Those huge financial numbers would later be eclipsed by other games; a few weeks ago, Rockstar Games hyped up the fact that Grand Theft Auto V had brought in $1 billion in revenue in its first three days.