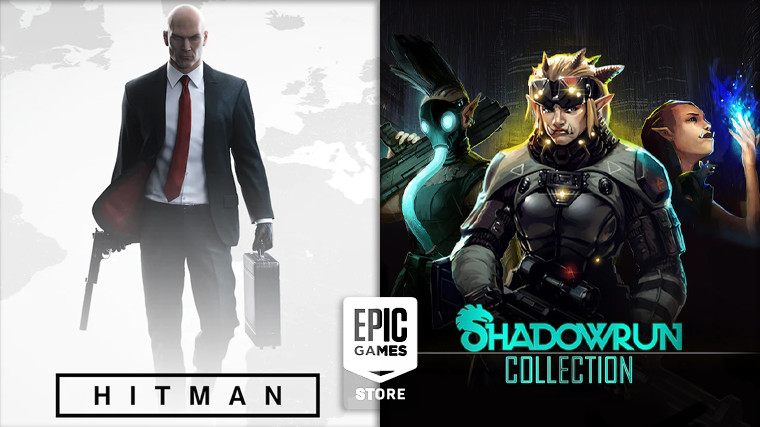 Just last week IO Interactive announced Hitman 3’s exclusivity to the Epic Games Store. Today, the Epic Games Store has put on offer Hitman – the 2016 reboot – and Shadowrun Collection to claim and keep for free, taking the place of God’s Trigger and Enter the Gungeon. 3 out of 10: Episode 4 is also available now, for free, over here.

Hitman is a franchise spanning two decades which saw a soft reboot in 2016 with a game of the same name; developed by IO Interactive and released as six episodes, the game was received positively and was praised for its episodic format, locations, level design, and replayability. Here’s how the Epic Games Store describes it:

Experiment and have fun in the ultimate playground as Agent 47 to become the master assassin. Travel around the globe to exotic locations and eliminate your targets with everything from a katana or a sniper rifle to an exploding golf ball.

Shadowrun Collection is a bundle containing Shadowrun Returns, along with standalone versions of Shadowrun: Dragonfall and Shadowrun: Hong Kong. Shadowrun is a sci-fi turn-based tactical RPG franchise, based on a tabletop game of the same name. Here’s how the Epic Games Store describes it:

Epic Games Store is offering Hitman and Shadowrun Collection for players on Windows, however they are also available for macOS and Linux via Steam, where they are priced $59.11 and $55.95 respectively at the time of writing. Here are the minimum requirements:

If you wish to claim Hitman or Shadowrun Collection, you can find them over here. They will be free to claim until September 3, which is when Epic will put on offer Into the Breach, once again, for its next giveaway.