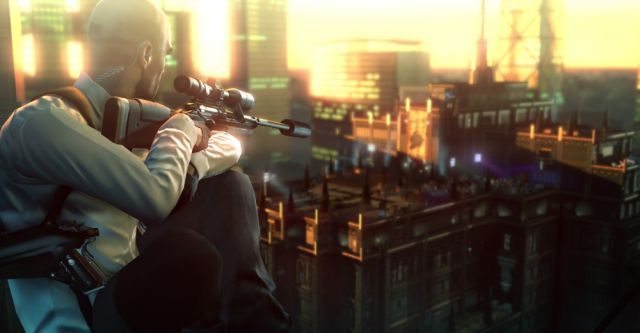 The game is basically just one level where you play as the bald headed and bar coded Agent 47. Your goal is to sit on a rooftop and take out a selection of targets from another rooftop much further away. Better scores will unlock bonus items which should allow for Sniper Challenge to have a lot of replay value.

Xbox 360 and PS3 pre-orders for Hitman: Absolution will be able to get a code that will allow them to download Hitman: Sniper Challenge beginning on May 15th. PC owners will have to wait until August 1st to get their version of Hitman: Sniper Challenge. Square Enix gives their reasons for the longer wait, saying, "We’re building a PC version that’s not a port from the other versions and adding liberal amounts of PC-only features in there but that also takes some time to get right."

Finally, Hitman: Absolution now has a release date of November 20th for the PC, Xbox 360 and PS3 versions.