A new video in HP's training centre suggests HP may be preparing to reveal netbooks running their webOS 2.0 operating system at their special event next month.

The video, found on HP's carrier training website and discovered by PreCentral, suggests "in the future" HP's netbooks, tablets and smartphones will be able to communicate with one another, and provides a glimpse at what may be announced next month. Sections on the registered users-only site include "What is webOS?", a number of how-to and demonstration videos and some sales tools and pitches for staff.

"That's hot. Love it. Why can't I do all that stuff on my PC?" one actor in a video found on the site asks. "Maybe you will. That's the big idea," another replies, before saying "today, let's start with the phones. Tomorrow will come soon enough."

Also on the site another presentation shows a screen asking what types of devices webOS will run on, with phones, slates and netbooks the three key options. However, a fourth option "All of the above" is available, prompting speculation netbooks may be announced at HP's invite-only event next month.

The event, which many expect will see a public launch date of the next iteration of their webOS operating system revealed alongside a number of new devices including tablets and smartphones, will be held in the morning on February 9 in San Francisco and will be followed by a developer meeting later in the day to talk about whatever announcements are made. 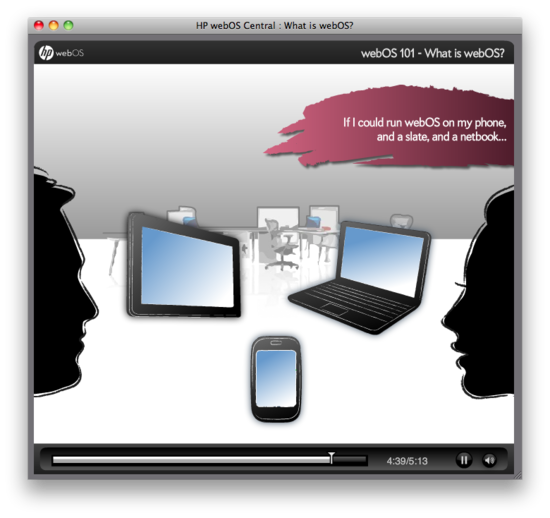