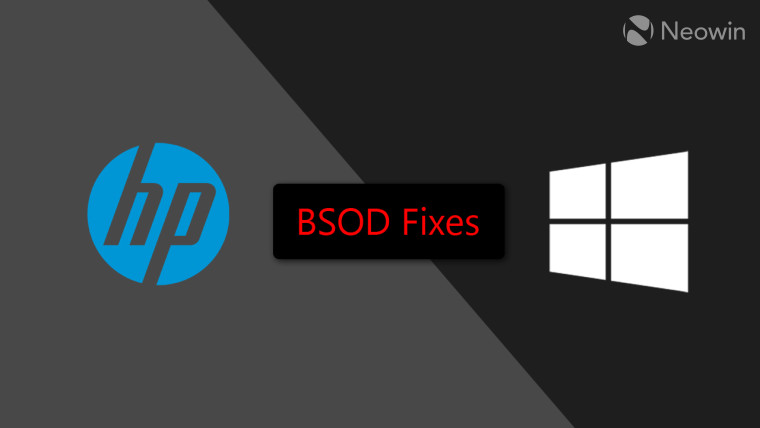 Microsoft released its regular suite of Patch Tuesday updates to all supported Windows versions on May 12. The updates for Windows 10 version 1903 and 1909 were labeled KB4556799. However, not all was well with some users running HP machines, as reports began emerging of devices suffering from random Blue Screen of Death (BSOD) issues with a “KMODE_EXCEPTION_NOT_HANDLED” error.

While some reports on HP’s forums pre-date the Patch Tuesday update, more users began posting responses after May 12. Now, it looks like HP has released a fix for the update through Windows Update. The update is termed “HP Software Component 4.1.4.3079” and is being rolled out to users to fix the issues that result in the “KMODE_EXCEPTION_NOT_HANDLED” error. The problem was reportedly caused by conflicts between HP’s software and Windows Defender updates.

While the issue likely affected a small set of users, it was a major issue that sometimes resulted in boot loops (as reported by WindowsLatest) and the inability to even boot into safe mode. Those that were lucky enough to be able to boot the OS had to restore the system to a previous date using the System Restore feature in Windows. While the Redmond giant did not officially acknowledge issues with the update, it did include verbiage in this month’s Patch Tuesday KB article that suggested that it is investigating “social media and news reports related to various issues with KB4556799”.

Regardless, it is best for HP users to head to Settings > Update & Security > Windows Update and check for updates to pull the update. Since it is rolling out gradually, you may not see it right away.