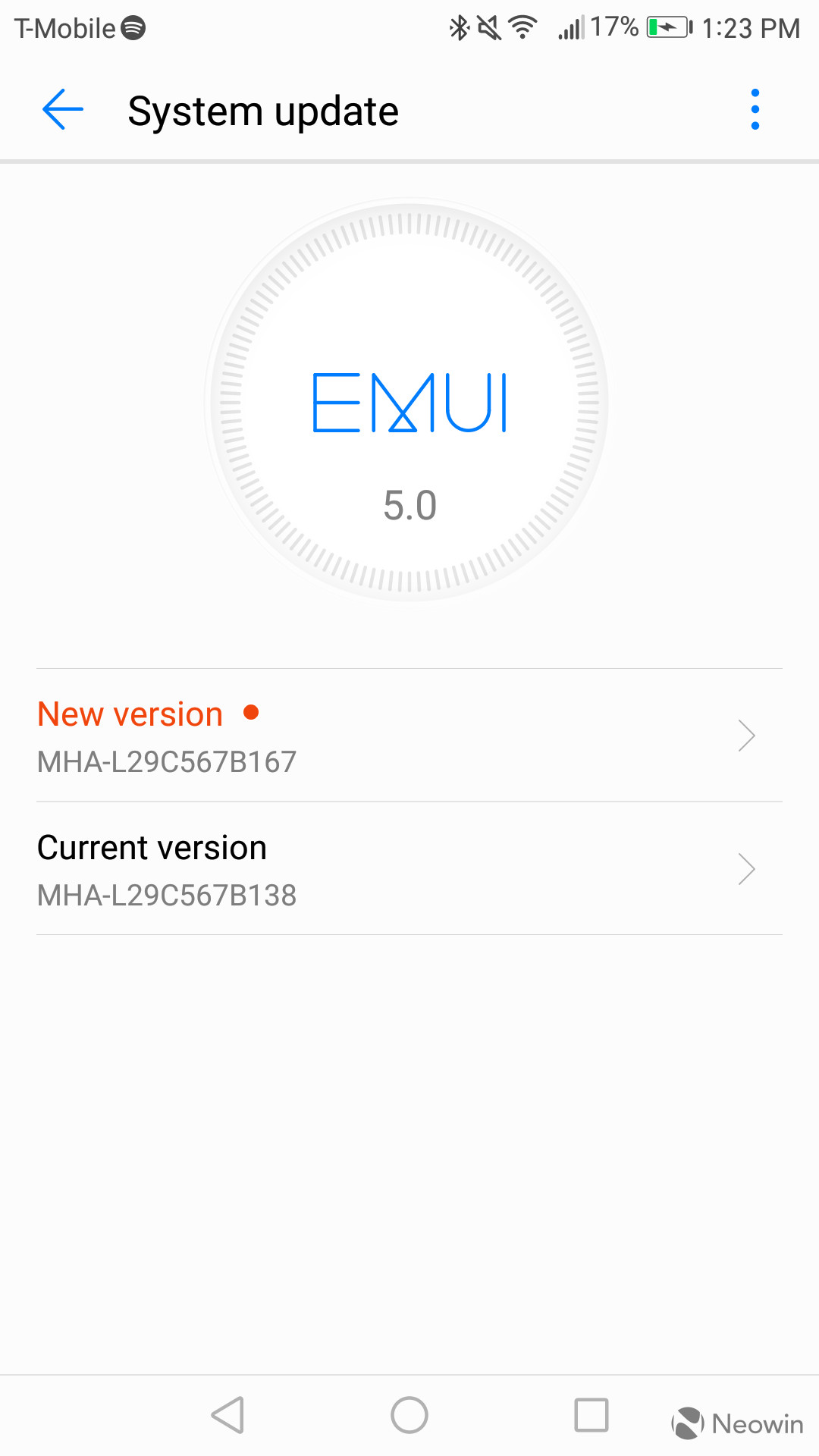 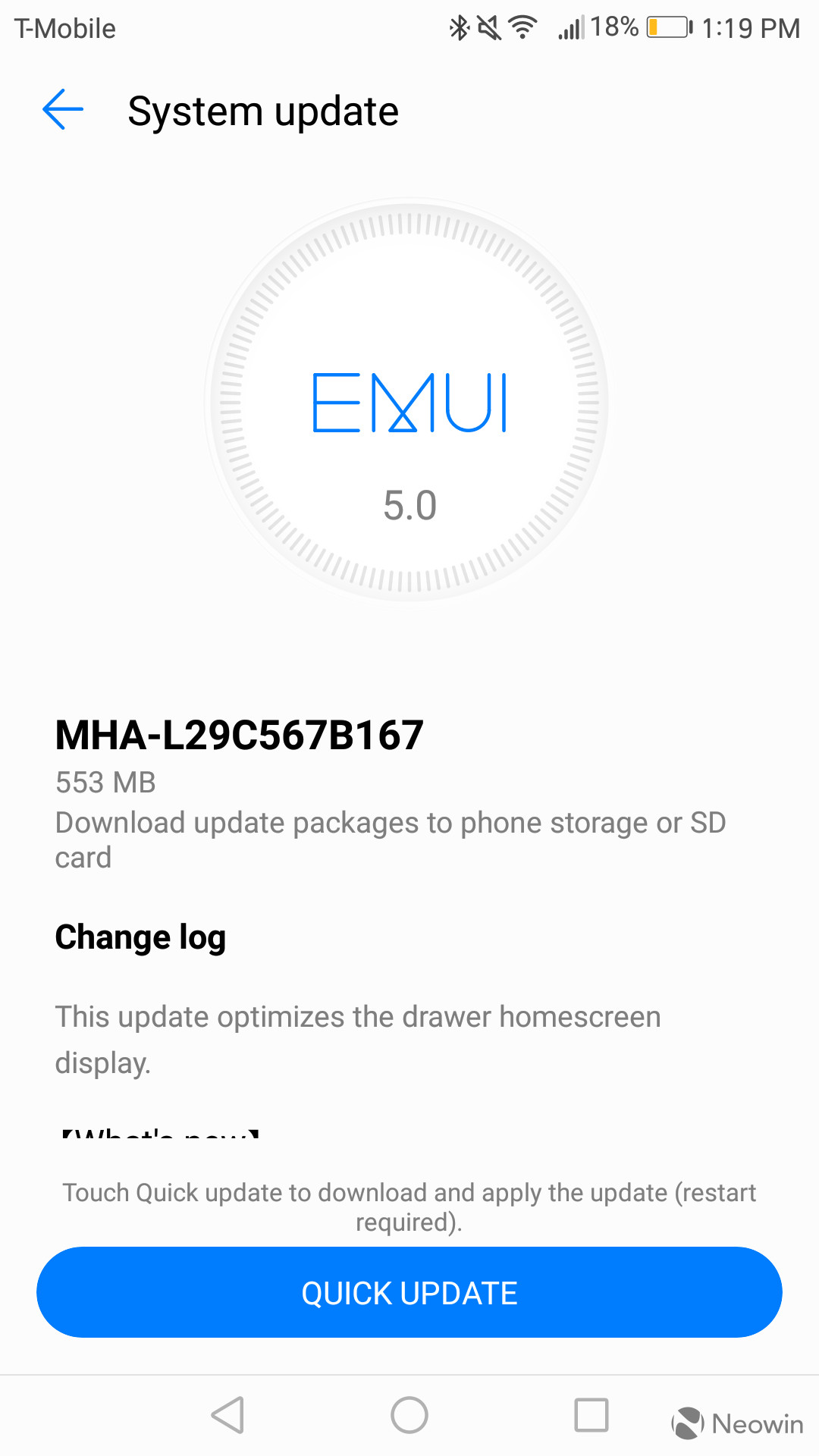 The US variant of the Huawei Mate 9 has received a small update which adds a couple new features, while fixing a couple of small items.

The Mate 9 will receive a 553MB update that will see the version go from MHA-L29C567B138 to MHA-L29C567B167. According to the notes, it will optimize the App Drawer on the home screen, while also attending to some issues folks were having when using certain carrier SIM cards with Google Voice. Huawei has also added the ability to send and receive group messages without the need for an MSISDN and will now display contact names when in group messages. 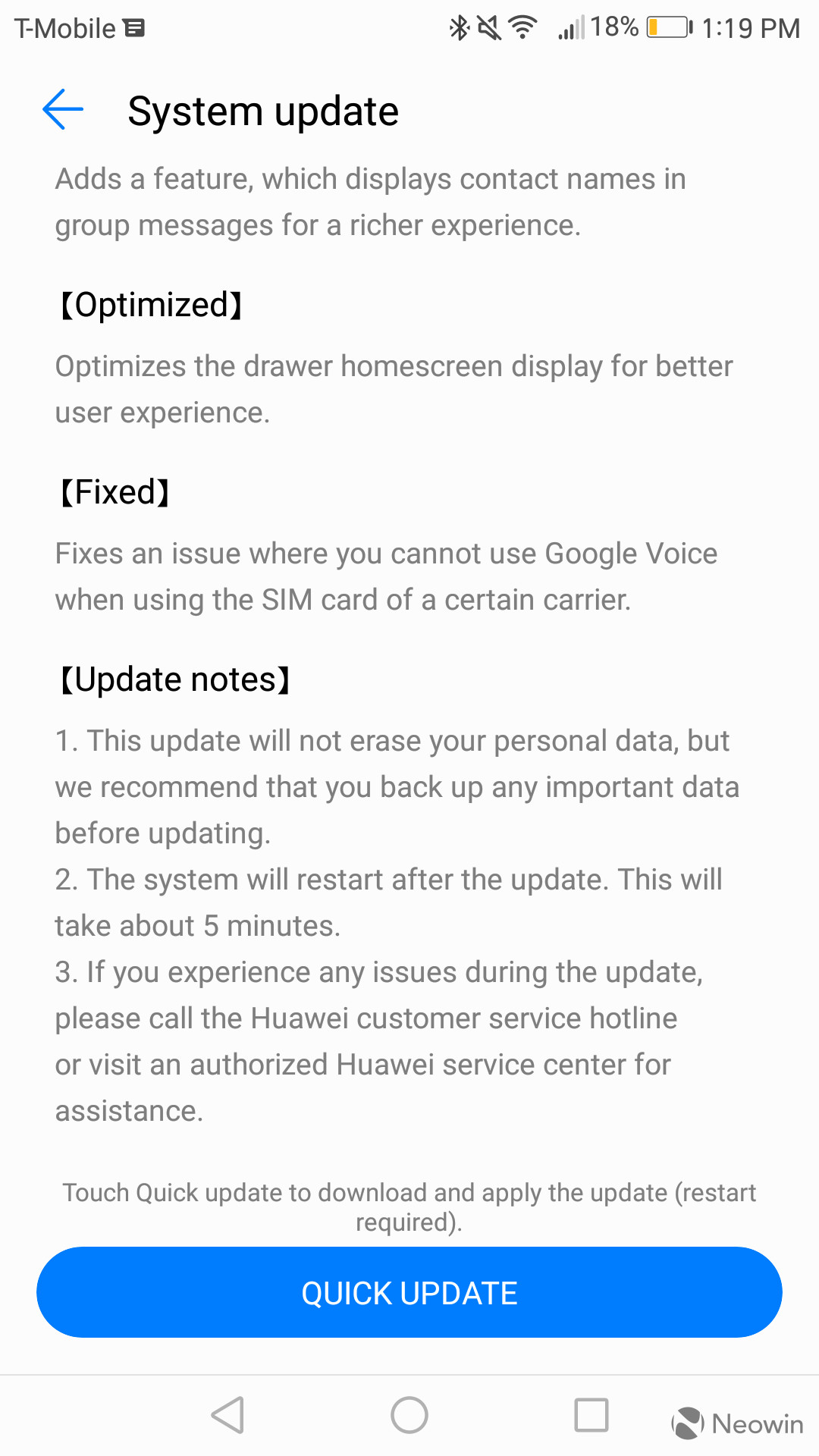 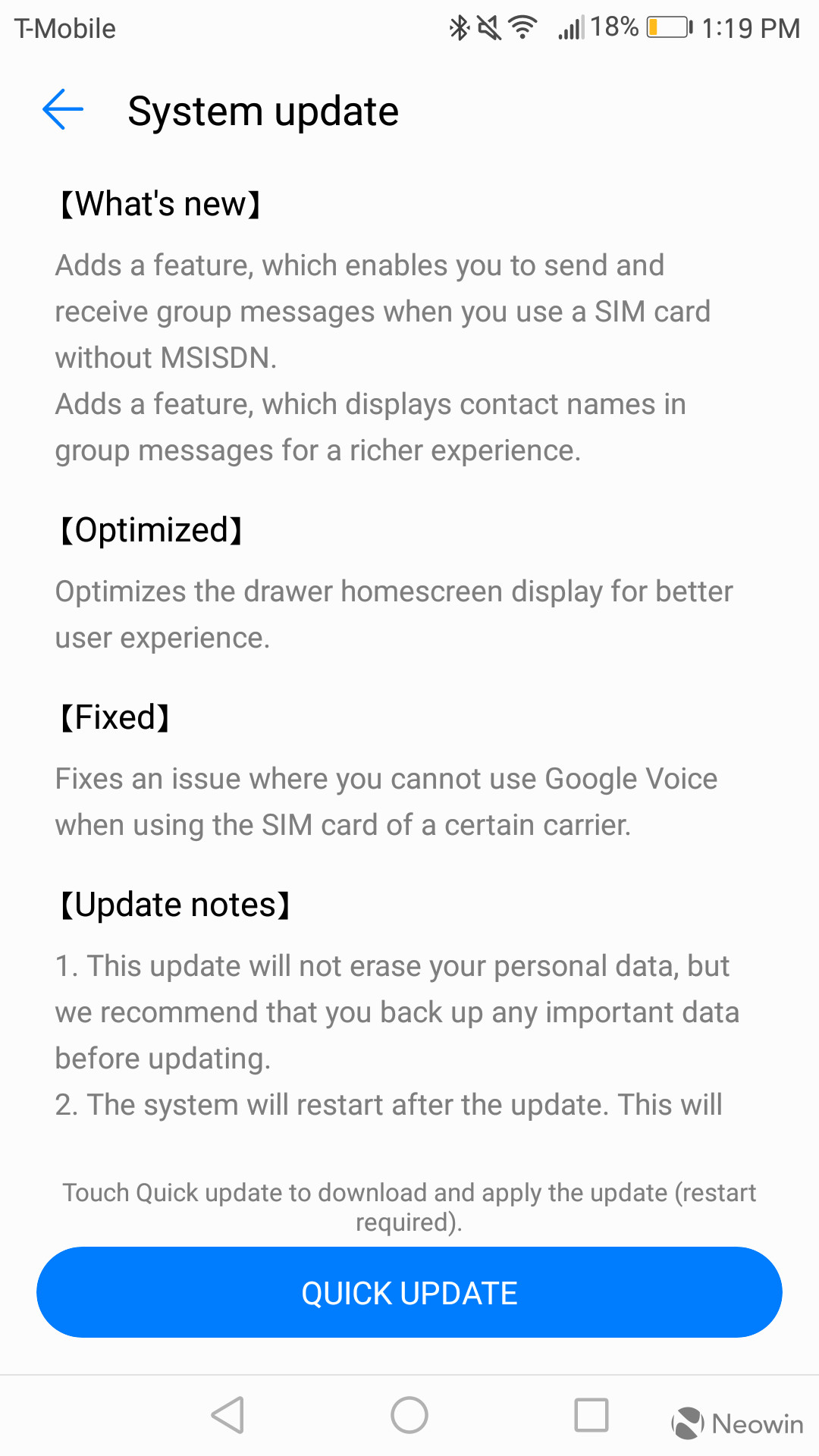 If you're preparing your handset, make sure that your device is charged and has at least 20% of battery charge. While you will be able to download the update with less, you will not be able to install it if your device is under 20%. The update should be rolling out to all handsets over the next few days. Naturally, this is an over-the-air, which means that the roll out time could vary.