In January, the research firm IDC said that worldwide PC shipments were down in 2012, by 3.7 percent despite the launch of Windows 8 in the fall of that year. Now that same firm has predicted that PC shipments will be down worldwide again in 2013 by 1.3 percent. 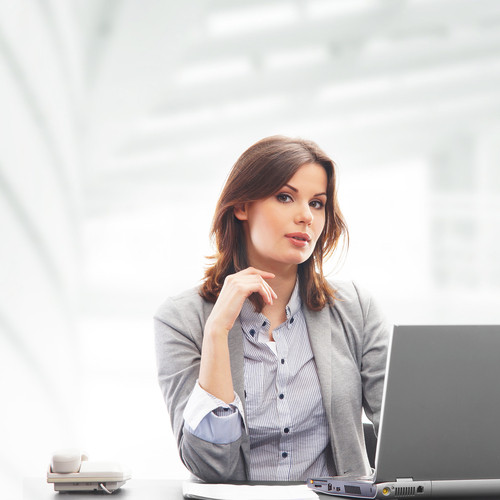 This lady is ready for a touchscreen Windows 8 notebook; when will she get one?

IDC's press release puts part of the blame on PC makers for not having enough Windows 8-based touchscreen products to go around. It stated:

A lack of touchscreen components has contributed to a limited supply of touch-enabled Windows 8 models – being out of step with the touch focus of Windows 8, and appearing relatively expensive compared to other options.

IDC also believes that consumers seem to be gravitating towards buying new tablets rather than new PCs, even though IDC believes tablets don't offer as many features as PC. Even with those functional differences, the firm says that tablets " ... are winning consumer dollars with mobility and consumer appeal nevertheless."

There is a ray of hope. IDC believes that the second half of 2013 will be better for the PC industry than the first half, which might be helped by "potentially greater acceptance of Windows 8." In addition, many new PCs might be bought by larger companies in the second half of the year because some businesses are still using Windows XP. Microsoft is due to stop all official support for Windows XP in April 2014.