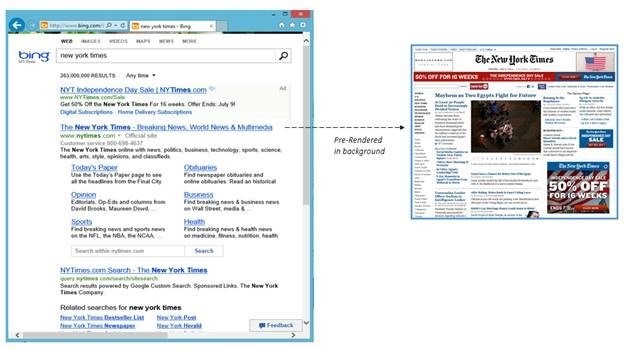 With the final version of Internet Explorer 11 set to be released alongside Windows 8.1 later this week, Microsoft has announced that IE11 users who search on the Bing site will see a special feature created exclusively for the latest version of that browser.

In a blog post, Microsoft discussed the inclusion of a new pre-render tag in IE11 that will enable the web page at the top of a Bing search result list to be automatically downloaded and rendered in the background. Microsoft says this pre-rendering technology has been designed so as not to waste bandwidth or a device's battery life.

Microsoft says, "Because half of people click on the first result on the search results page, pre-rendering that page is an important addition in our quest to improve the overall task completion time." The blog encourages website owners and designers to enable the IE11 pre-render tag on their sites. 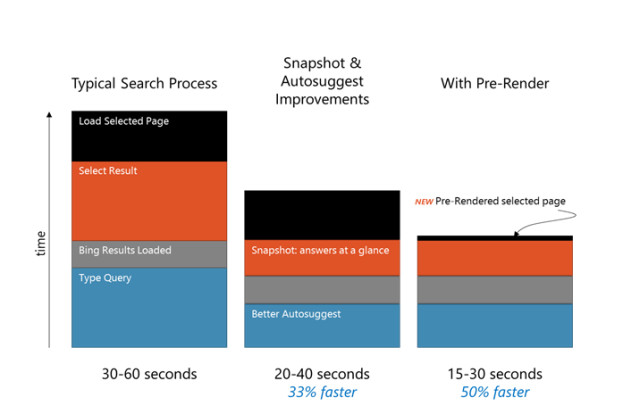 In a chart, Microsoft says that putting in features like AutoComplete and Snapshot in Bing have cut down the typical search process from 30 to 60 seconds to between 20 and 40 seconds. Putting in the pre-rendering tag for IE11 cuts down search time even more, to between 15 and 30 seconds, according to the blog.

Microsoft has already revealed that IE11 has been optimized so that JPG images on websites are loaded an average of 45 percent faster compared to earlier versions of the browser.