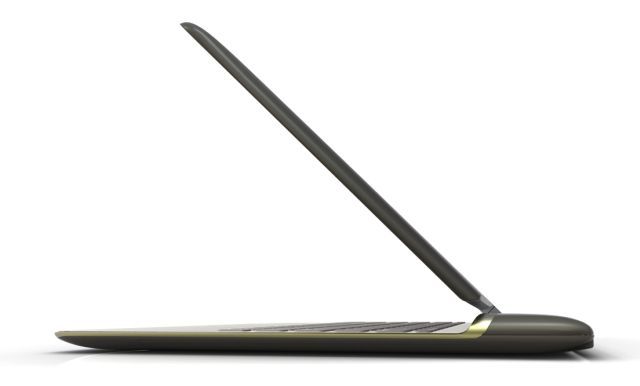 Intel has unveiled a new notebook concept that seems to be designed to combat the growing tablet market. PC World reports that Intel is calling the concept the Ultrabook. It announced the concept this week during the Computex PC hardware trade show in Taiwan. The Ultrabook sounds an awful lot like Apple's MacBook Air notebook. Intel says the Ultrabook is designed to be less than an inch thick and cost less than $1,000. The device will also have a long battery life and will provide "instant on" features for its users.

Intel says the first Ultrabooks will launch later this year and will feature "Sandy Bridge" based Core i5 and i7 processors. That's an interesting move considering that Intel already has a low-powered processor, the Atom, that would seem to be perfect for the Ultrabook. Intel clearly believes that this new concept will catch on with consumers looking for a new laptop. In fact it predicts that by the end of 2012, about 40 percent of notebooks sold will be in the category that the Ultrabook is supposed to serve. Intel has announced that Asus has already jumped in with its Ultrabook product, the UX21, which should be out by the end of the year.

Intel likely sees that the netbook concept, which it championed for some time, is getting phased out in favor of the growing tablet market. Intel likely hopes that this new Ultrabook, which sounds more powerful than a netbook while still retaining the weight and other features of netbooks,