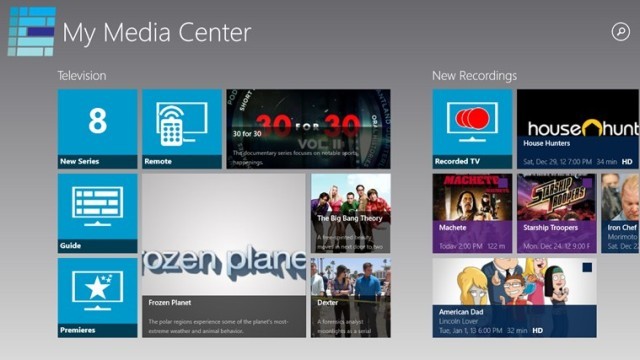 In January, Ceton Corporation launched the first version of its My Media Center app for Windows 8, after previously launching versions for iOS, Android, Amazon's Kindle Fire tablet, Barnes and Noble's Nook tablet and Windows Phone. However, Ceton was already well known for its PC hardware products as well, including its InfiniTV PC CableCard tuners and its Echo Windows Media Center Extender.

Since the launch of the Windows 8 version of My Media Center, the $4.99 app has become one of the top selling paid apps in the Windows Store. We got in contact with Ceton to learn more about the app and their future plans. Ed Graczyk , the company's chief marketing officer, answered our questions via email, and he also gave us his thoughts on how Microsoft can help boost Windows 8 sales, his impressions of what's been revealed for Windows 8.1 and more.

First, when the Modern UI of Windows 8 was first announced, what was Ceton's reaction?

We were quite excited about the Modern UI. We thought there would be a lot of potential bringing a touch focus to Windows that had not been possible before. Our core products (InfiniTV tuners and Echo extenders) are all about enabling whole-home TV using a PC-based environment. According to Nielsen, almost 40% of Americans use tablets or smartphones while watching TV at least once a day. Given that, we knew having a great Windows 8 companion-type app would be a hit with our customers. Windows 8 also offers us a marketplace to sell and distribute apps, which is quite powerful for a smaller company like us. My Media Center has consistently been in the top 20 of all paid apps in the Windows Store, and was as high as #2 for a while. My Media Center was also a featured app in the store for a couple of weeks. Having exposure like that simply wasn’t possible with earlier versions of Windows.

When and why was the decision made to make a Windows 8 app?

We planned to have a Windows 8 version since the inception of My Media Center. We knew it would be especially important for our customer base, which skews toward the Windows enthusiast. We have versions of My Media Center for iOS, Android, Windows Phone, Kindle Fire and even the Nook … having a Win8 version was a no brainer!

What were some of the issues and challenges that Ceton encountered while developing the Windows 8 app?

There weren’t any particularly unusual issues. We had to of course work with the new UI and design standards and integrate with some new APIs. If anything we had a leg up on Windows 8 development because of the work we’d done previously with My Media Center for Windows Phone. We use Mono from Xamarin, which lets us write once and deploy across iOS, Android, Windows Phone and Windows 8 with a good amount of code re-use. One unique thing for My Media Center on Windows 8 was that we had to make sure the experience was awesome whether the customer was using a mouse and keyboard or a touchscreen. On iOS, Android and Windows Phone we only had to worry about touch.

The first version of the app was released in January, a couple of months after Windows 8 was launched. What was the reaction like out of the gate?

Customers loved it and media reviews were excellent. People really liked that we followed the Modern design guidelines and that My Media Center looks and feels like a native Windows 8 app. Every week since launch, the Win8 version has been the top selling version of My Media Center across all platforms. In fact, the Win8 version recently because our best-selling version overall in terms of total units sold, even though it has only been available for about 12 weeks, versus 32 weeks for the iOS, Android and WinPhone versions. 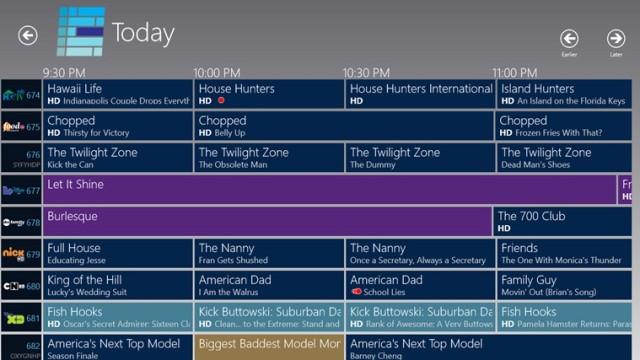 What sort of improvements and changes have been made to the My Media Center Windows 8 app since its launch?

We pay close attention to user feedback and factor that into our product planning. The main improvements we’ve made since launch focus on customization and personalization. For example, we added the ability to customize the Live Tiles on the main screen as well as added lower-level customizations throughout the app.

The app is still one of the most downloaded paid apps for Windows 8. About how many copies have been downloaded since its launch and are they within the company's expectations?

We don’t disclose download numbers but it’s has certainly exceeded our expectations. The Win8 version of My Media Center has become the fastest-selling version of the app overall.

What improvements will we seen in future versions of My Media Center for Windows 8?

We’ll be adding support for other features of Windows Media Center such as music, photos and videos, among other improvements.

Windows 8 has come under some heavy criticism since the launch and sales of new PCs have been slowing. What do you think Microsoft needs to do to help improve sales of Windows 8 PCs?

What we hear loudest from our customers is that they want to see Microsoft put more focus on Windows Media Center. They’re disappointed Microsoft made no real improvements to Media Center in Widows 8, and in fact removed capabilities like support for non-Microsoft Media Center Extenders. It’s a shame Microsoft doesn’t recognize the incredible opportunity they have in Media Center. Media Center does more for whole-home digital entertainment today than anything else out there. What other platform lets you watch and record live pay-TV, enjoy Netflix and any other streaming service, as well as your personal libraries of music, movies, photos and videos, all on one device? Not to mention having that experience on every TV in your home, including one DVR that’s available to all TVs? No other platform lets you do that today. Not Xbox, Apple TV, Mac, Google TV, Roku, Playstation, cable set tops … you name it.

Media Center is a powerful strategic differentiator Microsoft has that its competitors don’t. They seem to have forgotten that. Rather than just chase the PC industry after the tablet craze, we think Microsoft is missing an opportunity to re-invigorate Windows and the PC as an entertainment platform as well. The pieces of the Media Center puzzle that were missing when Windows XP, Vista and Windows 7 launched are there now, with the availability of low-cost multi-channel TV tuners and inexpensive thin-client extenders. There wasn’t a compelling consumer value proposition for Media Center before. It’s there today. It’s time to double down.

What do you think about the changes that have been revealed for Windows 8.1 via the leaked builds on the Internet?

What we have seen in the early leaks of Windows 8.1 has made us very excited. The rumored new Live Tile sizes will allow even more customization over the start screen. Split screen apps could be valuable as well. Breaking away from the "snap" view into a large size opens up some interesting new design possibilities for us.

Finally, is there anything else you wish to say about Ceton and its plans in general and for Windows 8 updates in particular?

Overall we’re very excited by the reaction to My Media Center, not just for Widows 8 but all the versions. Customers love it. Media reviewers give it excellent marks. People love that the app is available on all the main tablet and phone platforms – iOS, Android, Windows Phone and Windows 8 – since many of them have mixed environments at home. If folks want to keep up with My Media Center, we encourage them to follow us on Twitter at @CetonMyMC.

We would like to thank Mr. Graczyk for answering our questions