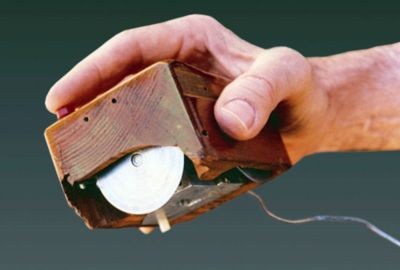 Practically everyone who has used a computer over the past 20 years has used a mouse as a major means of control. The device comes standard with every computer sold nowadays, and it's hard to imagine manipulating windows, playing games, or interacting with a computer in general without one. In fact, unless you're on a mobile device, you probably used a mouse to access this article.

According to SRI, the inventor of the mouse, Douglas Engelbart, sadly has passed away in his home. It's interesting to note that Engelbart wanted to call the device an "x-y position indicator" - and obtained a patent for this device - but another engineer dubbed it a mouse and that's the name that stuck. If it hadn't, we could be referring to the "xypi" instead. Regardless, it's definitely worth your time to watch the series of Youtube videos of his mouse demonstrations and imagine how amazing that feat was some 40 years ago.

In addition to the mouse, Engelbart led many other research areas. He was the engineer who led SRI's Augmentation Research Center (ARC) which became the second node on ARPANET. He also worked on cutting edge technologies such as display editing, multiple windows, context-sensitive help, and more. His contributions in technology have helped shape everything in the world around us, and he will be missed. He is survived by his wife and four children.