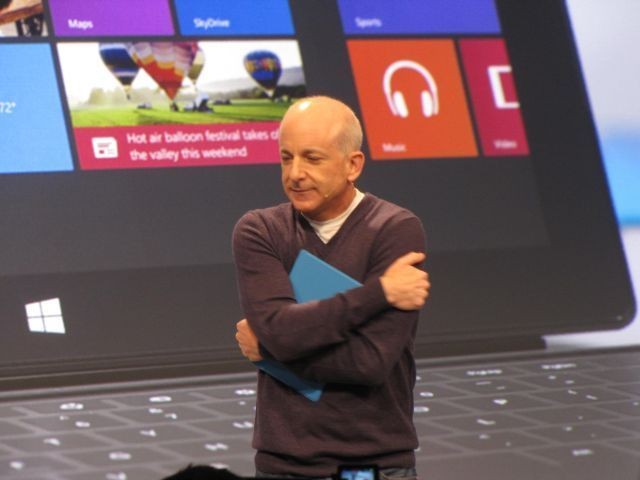 Steven Sinofsky may have left Microsoft in November with little to no warning, but the former leader of the Windows team apparently still had to work out a final retirement agreement with his past employer. Today, Microsoft revealed the details of Sinofsky's compensation for leading the development of Windows 7 and Windows 8.

In a filing with the U.S. Securities and Exchange Commission, Microsoft said Sinofsky will be granted the "value of his outstanding unvested stock awards granted prior to fiscal year 2013 and 50 percent of the shares of stock awarded for his performance during fiscal year 2013." The total amount of shares he will receive is 418,361, which currently is worth about $14.2 million. Sinofsky won't get that amount all at once; Microsoft will give him the shares over a period of time that will end in August 2016.

In return, Sinofsky agrees to not take any new job offers "at certain competitors" until after Dec. 31, 2013. Since his abrupt departure from Microsoft, Sinofsky has been spending time teaching at Harvard and has launched a blog, Learning by Shipping, where he has written a number of lengthy posts about how to manage the release of technology-themed products.

Source: SEC via The Verge