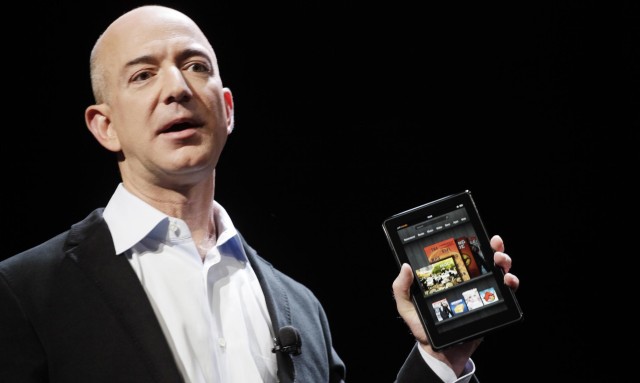 Amazon is the prodigal company in Silicon Valley right now. Their stock sits at $272, and just keeps on rising, despite returning a net loss in 2012 of $39 million. Jeff Bezos, the founder and CEO of Amazon, is widely regarded as one of the most important men in the Valley and has driven Amazon to success from the days it was selling books and nothing else.

In a letter to shareholders, Bezos has outlined his visions for Amazon, and explains why profits are not necessarily a good thing. According to Bezos, Amazon is chasing customer loyalty, rather than profits as "proactively delighting customers earns trust, which earns more business from those customers, even in new business arenas." Bezos highlights several areas where Amazon have improved their service "before we have to," including Amazon Prime. Citing a letter from a customer, Bezos writes: "I signed up for Prime for the shipping, yet now I get movies, and TV and books. You keep adding more, but not charging more. So thanks again for the additions."

Many companies focus on the bottom line to the exclusion of customers, so it is refreshing that a CEO of a large, and respected company would come out and openly say he is in it for the customers, not shareholders.