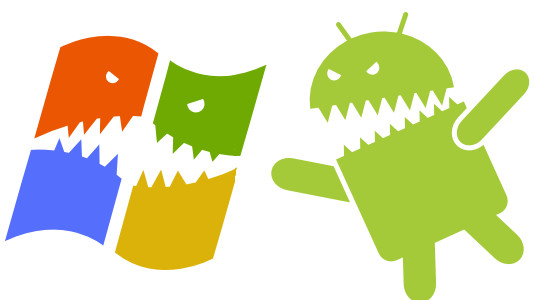 Karbonn Mobiles is an unfamiliar name to many, but this Indian smartphone manufacturer is getting set to release a phone that will boot both Android and Windows Phone. Karbonn Mobiles has already managed to secure a deal with Microsoft regarding Windows Phone, as the chairman of Karbonn Mobiles, Sudhir Hasija, explained. It is reported that the dual-OS smartphones will be out by June and will target office-going professionals and 'techies.'

"Microsoft has eased the regulations and is opening up its platform for other players. We signed the agreement two days ago and will launch a range of Windows phones in about three months" - Hasija

No details on specifications or pricing as of yet, however, but given that it attempts to target the Indian subcontinent, it would be expected to be competitive with the "China phones" that target the same region-- about $300 USD.

How this smartphone will work is anybody's guess, and some questions that need answers include:

..and plenty more queries that will look to be answered as the smartphone is released. Depending on how it works out, it could turn out to either be really amazing or a complete disaster, so hopefully its not the latter. Either way, it's worth commending Karbonn Mobiles for trying to be innovative in their smartphone offering.

This report comes not long after Nokia announced its range of Nokia X smartphones that come with its own tailored flavor of Android.