Microsoft has reportedly overtaken Amazon in Windows hosting after being involved in close competition for nearly nine months. 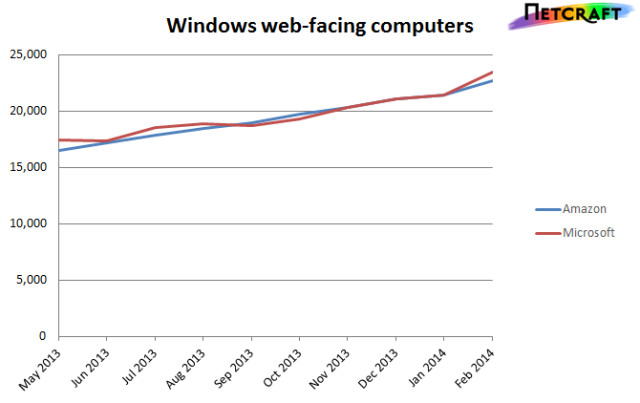 Latest statistics from Netcraft's survey have revealed that there are 23,400 web-facing computers running Microsoft's cloud platform as compared to 22,600 on Amazon. Although Microsoft is now the biggest independent Windows host, due to the fragmented nature of the hosting market, it has only captured 1% of the total share. The ranking excludes traditional networking companies such as China Telecom, Comcast, Time Warner, and Verizon. 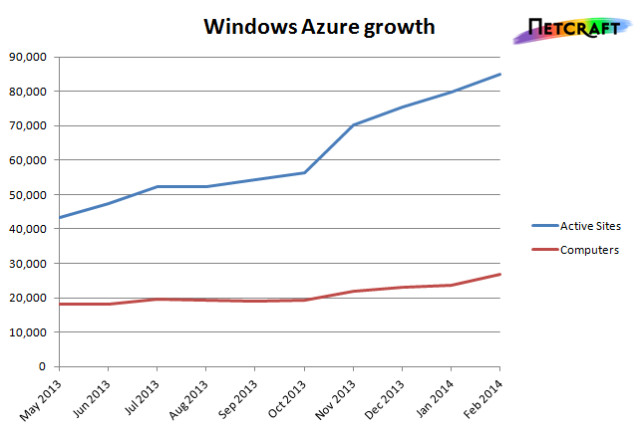 The Majority of the credit for Microsoft's rise to the top can be given to Windows Azure, as 90% of the web-facing computers surveyed by Netcraft were powered by the platform. Windows Azure powers a total of 27,000 such computers which includes the ones running Linux as well. Microsoft's own services such as Office 365, Xbox Live, Skype, and OneDrive have migrated to Azure, but it also boasts of some high-profile websites such as the Sochi 2014 Olympic Games, Aston Martin, BenQ, and McDonald's Happy Studio 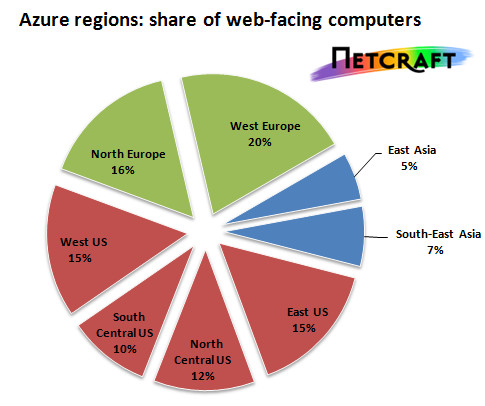 Azure's popularity is still limited to the United States and Europe but is slowly expanding in parts of Asia with the launch of two Japanese regions in addition to ones in Singapore and Hong Kong.

Microsoft has been continuously improving the Azure services and integrating more open-source technologies to appeal to more developers which can help the company grab a bigger chunk of the hosting market in the coming years.