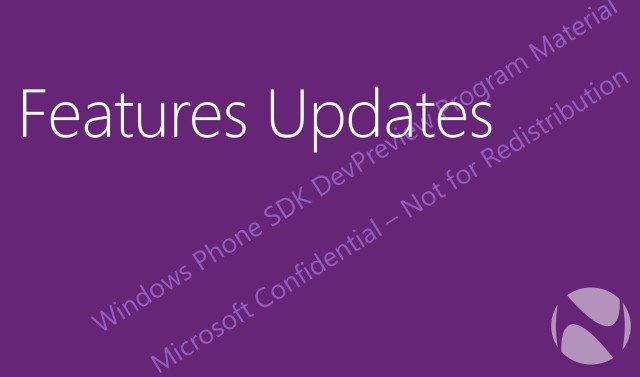 Well, it finally happened. After lots of confidential files relating to the Windows Phone 8.1 SDK had been appearing online in screenshot format, the entire bundle of documents can now be downloaded.

The download weighs in at 110MB and contains the confidential files that were included with the SDK. Included in the files are all of the details for the upcoming release but we should note that not all features mentioned in the documents will make it into the final release.

If you are looking to get your hands on the actual SDK, that program too, is floating around on the various corners of the Internet.

Naturally, this will not appease Microsoft who required the individuals who received these files sign an NDA. But, like many NDAs before it, it was quickly broken and the documents and files were quickly distributed.

Thanks for the tip @AngleWZR