Over the last few days, tons of details about Microsoft’s upcoming Windows Phone 8.1 update have been revealed out thanks to an SDK leak. We have seen loads of new features be uncovered and the latest to be spotted is the support for Miracast.

We had seen previously in the leaks that there was a ‘project my screen’ feature but the protocol was previously unknown. While many expected that it would be Miracast, thanks to its inclusion in other Windows products, it now appears to be confirmed thanks to the leaked documentation.

Miracast is a screen-casting standard that uses WiFi direct that allows you to easily share your display on another device. It could be compared to Apple’s wireless protocol, Airplay, but seeing at it is a standard, many more devices can support the feature and makes it more robust option in the future.

Of course, this could all be for not if Microsoft is not able to finish the support in time. As clearly noted in the documentation above, this feature will be on the chopping block if the code is not perfected before the launch of the platform. 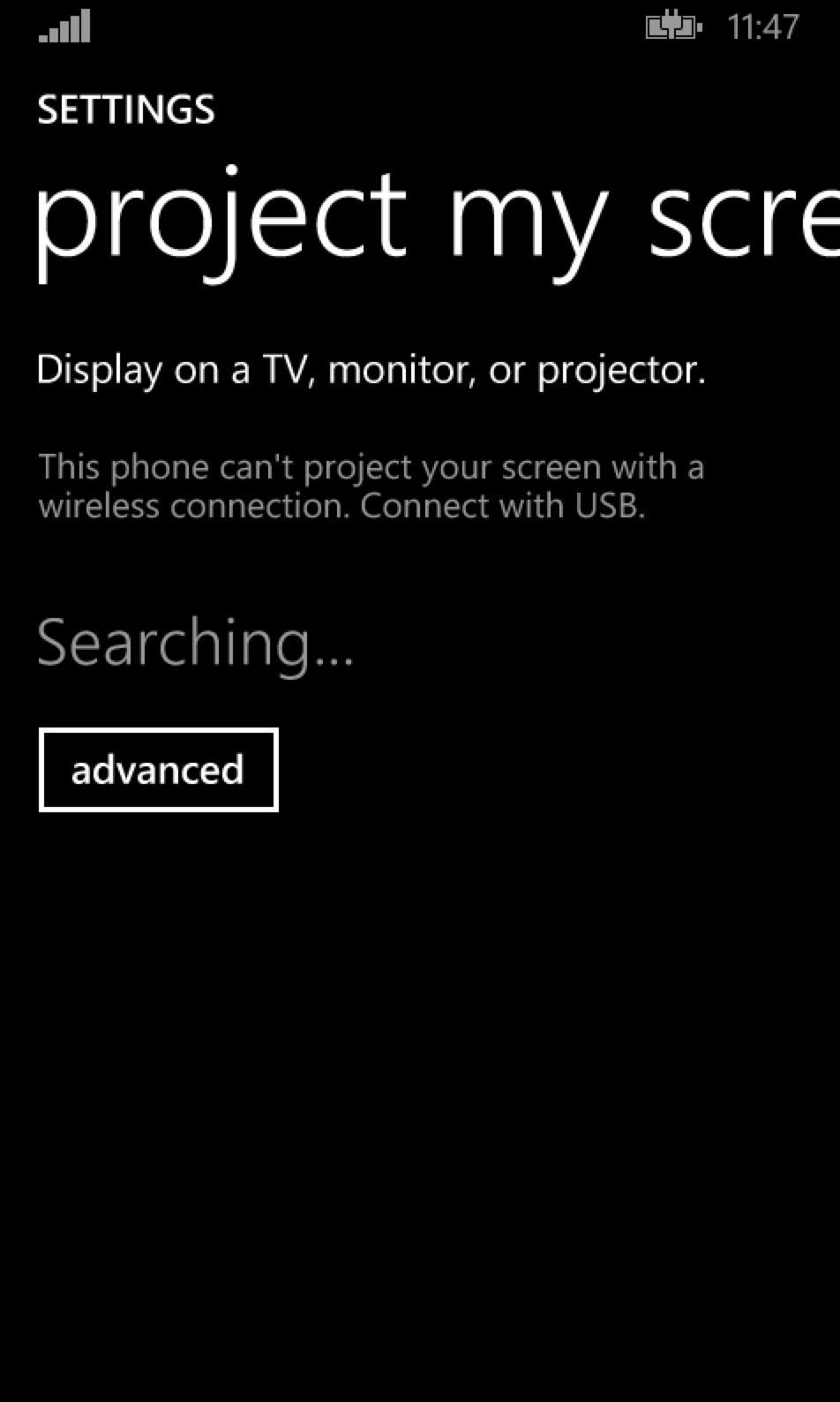 It’s important to note that all of the leaked features are subject to axing before RTM. With leaks such as this, the code is not final and the wish list of features Microsoft would like to include, is still clearly present. As the deadline moves closer, any feature that is not close to being completed will likely be removed and included in a later revision of the software.

Even if Miracast does not make it into Windows Phone 8.1, there is a very good chance it will be included in the future release seeing as the documentation (and likely matching UI) are already in development. With more and more users getting their hands on the SDK and the documentation that accompany it, we will surely see more tidbits like this surface over the next few days and weeks that will highlight even more features.

Of course, Microsoft may have hidden a few gems from the SDK and documentation knowing full-well that the info would surely leak. If that’s true, there’s a good chance Microsoft still has a few tricks hidden away that may not be fully revealed until the company brings the update in the public spotlight.