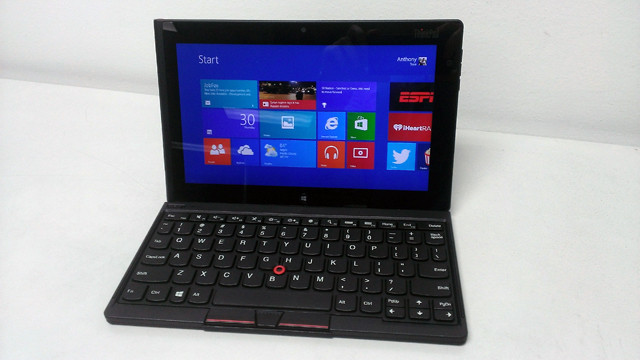 Lenovo is an anomaly among current large PC hardware companies. While most of them are suffering from lower PC shipments worldwide, Lenovo has actually grown its PC business. Today, Lenovo's latest financial results for its last fiscal quarter show sales growth in its laptops but a reduction in its desktop revenues.

Lenovo's press release states sales of its laptops went up by 4.7 percent to $4.5 billion for the quarter and took up 52 percent of the company's total revenue. Desktop sales came in at $2.5 billion, down 2.5 percent for the quarter and brought in 28 percent of Lenovo's revenue. However, sales of its tablets and smartphones have increased a ton, with Lenovo showing that division bringing in $1.2 billion, or a 105 percent increase compared to the same period a year ago. Even with that huge growth, sales of smartphones and tablets still only made up 14 percent of the company's total revenues.

Overall, Lenovo recorded revenues of $8.8 billion for the quarter, up 10 percent from the same period a year ago, along with $174 million in net income. As the number one seller of PCs, Lenovo shipped 12.6 million units and took up 16.7 percent of the total PC shipments worldwide. Lenovo is also now the fourth biggest supplier of smartphones worldwide, mostly due to shipments in its native China, where it is now the second biggest smartphone maker.