Way back in June, Microsoft showed off an upcoming 8-inch Windows 8.1 tablet from Lenovo as part of its Computex keynote. However, Lenovo itself made no such announcement about that product. Today, that finally changed, as the company officially revealed the Miix 2 tablet. 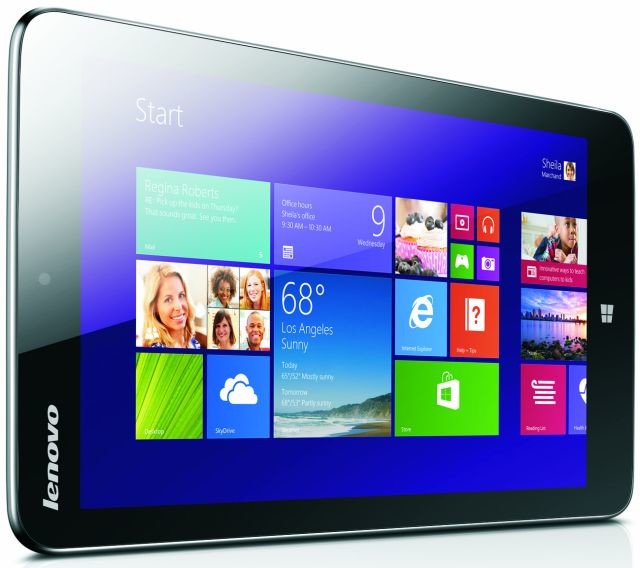 The tablet will have Intel's Bay Trail-T Quad Core processor inside and the screen will have a 1280x800 resolution. The Miix2 will have 2 GB of RAM and a choice of either 32GB or 64GB of on-board storage, which can be expanded with the microSD slot. The tablet's weight is .77 pounds and Lenovo claims it will have up to seven hours of battery life. The Miix2 also has two cameras, a 5 megapixel rear lens and a 2 megapixel front facing camera.

In addition to Windows 8.1, Lenovo is throwing in a free pre-installed copy of Microsoft Office Home and Student 2013 with every Miix2. Buyers can also get a stylus as an option for the Miix2, along with a cover that can double as a stand for the tablet; the price for getting both options is $20.