This year, LG went a different route with its products, seemingly attaching the ThinQ suffix to everything that it makes. The brand, launched ahead of CES, stands for its AI (artificial intelligence) efforts, which combines LG’s own DeepThinQ machine learning technology with other things like Google Assistant. We first started seeing ThinQ with the firm’s smart TVs, and now AI is a big focus with the G7, which is also something that you’ll see from the company’s products moving forward.

The AI presents itself throughout the device, such as a dedicated Google Assistant button on the side and in the camera, which has an AI Cam and Google Vision. The AI Cam can recognize what it’s looking at and adjust the camera settings accordingly, similar to what Huawei does with its new Mate 10 and P20 handsets.

The LG G7 ThinQ includes everything else that you'd expect from a flagship Android handset in 2018 as well, such as Qualcomm's latest Snapdragon 845 chipset, 4GB RAM, and 64GB of storage. It also includes a nearly bezel-less display that can be powered at up to 1,000 nits.

LG continued on with a similar design that it's been using since last year's G6. That includes the metallic glass back panel, meaning that we once again get Qi wireless charging. The dual camera housing is centered and vertical, with the LED flash placed to the left of it. 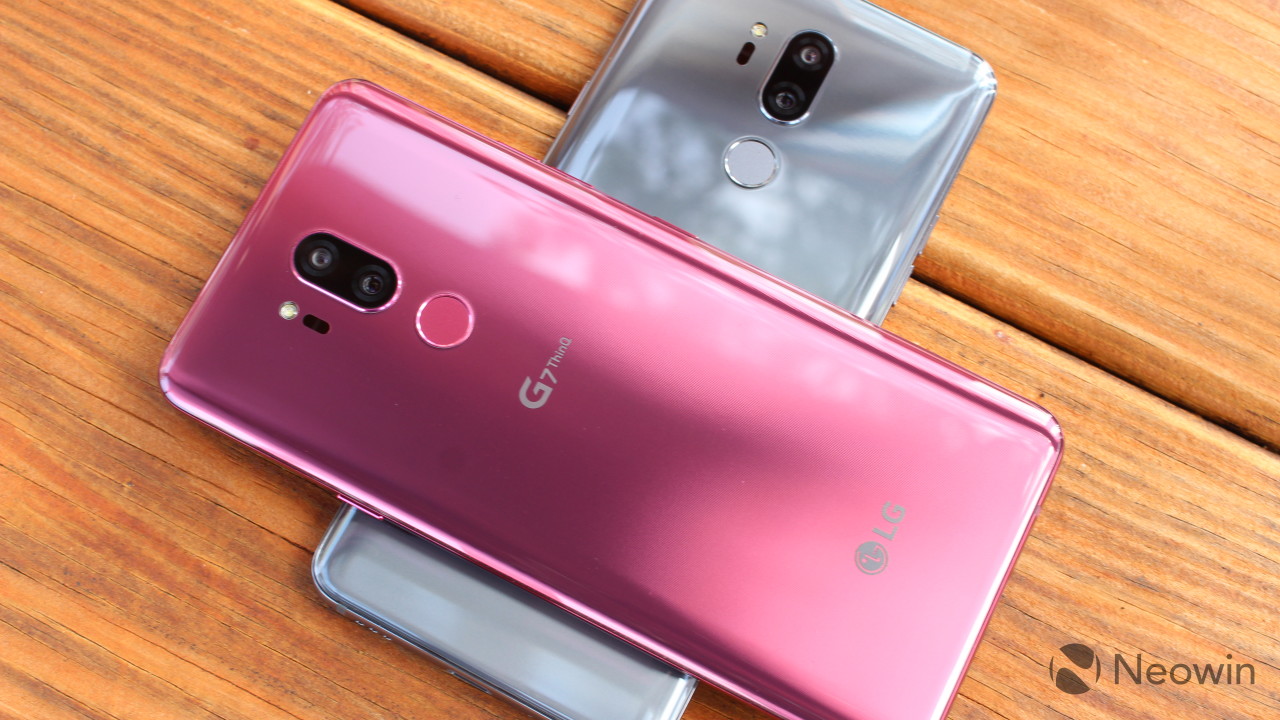 Underneath the cameras is the fingerprint sensor; however, this time it isn't actually a button. Oddly, LG opted to move the actual power/sleep/wake button to the right side of the device. I'm not a fan of this method, as it seemed to make a lot more sense to have the fingerprint sensor serve as that button. 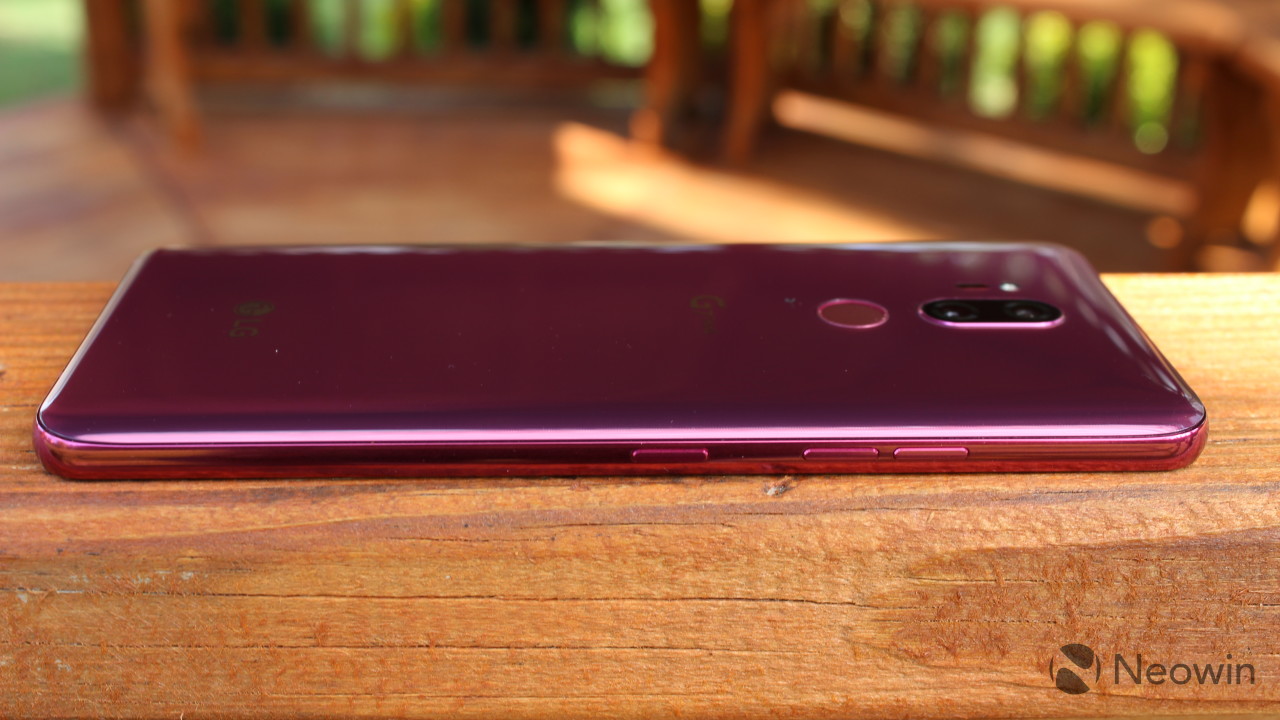 On the left side, the volume rocker is exactly where you'd expect it, and then below that is the dedicated Google Assistant button. Unfortunately, this doesn't automatically launch whatever your default voice assistant is, so you can't use it with Cortana or Alexa. In fact, if your default assistant isn't Google's, the button doesn't even do anything. 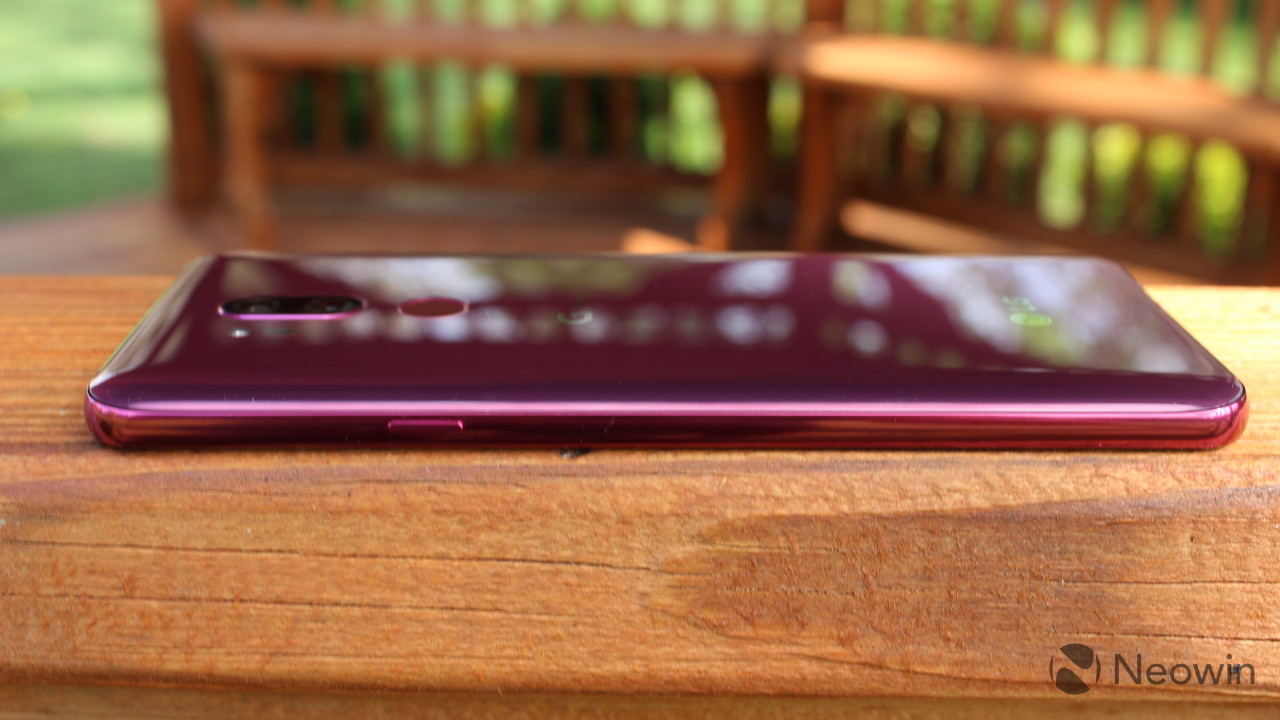 The bottom of the device is where you'll find a USB Type-C port for charging, the speaker grill, and the 3.5mm headphone jack. Both the speakers and the 3.5mm audio jack are of excellent quality, but we'll come back to that later.

Some people think that Apple was the first to use a display with a notch, while others give that credit to the Essential PH-1. It seems to me that many forget about the LG V10, with its so-called second screen. The device did indeed have a notch, even if it wasn't centered.

The G7 ThinQ's notch is centered, but LG is still calling the surrounding display area the second screen. I don't hate the notch; in fact, I'd prefer notification icons to not take up my valuable screen real estate, especially on an OS like Android when notifications don't go away on their own. You can see the second screen to blend in with the rest of the screen, or it can be black. 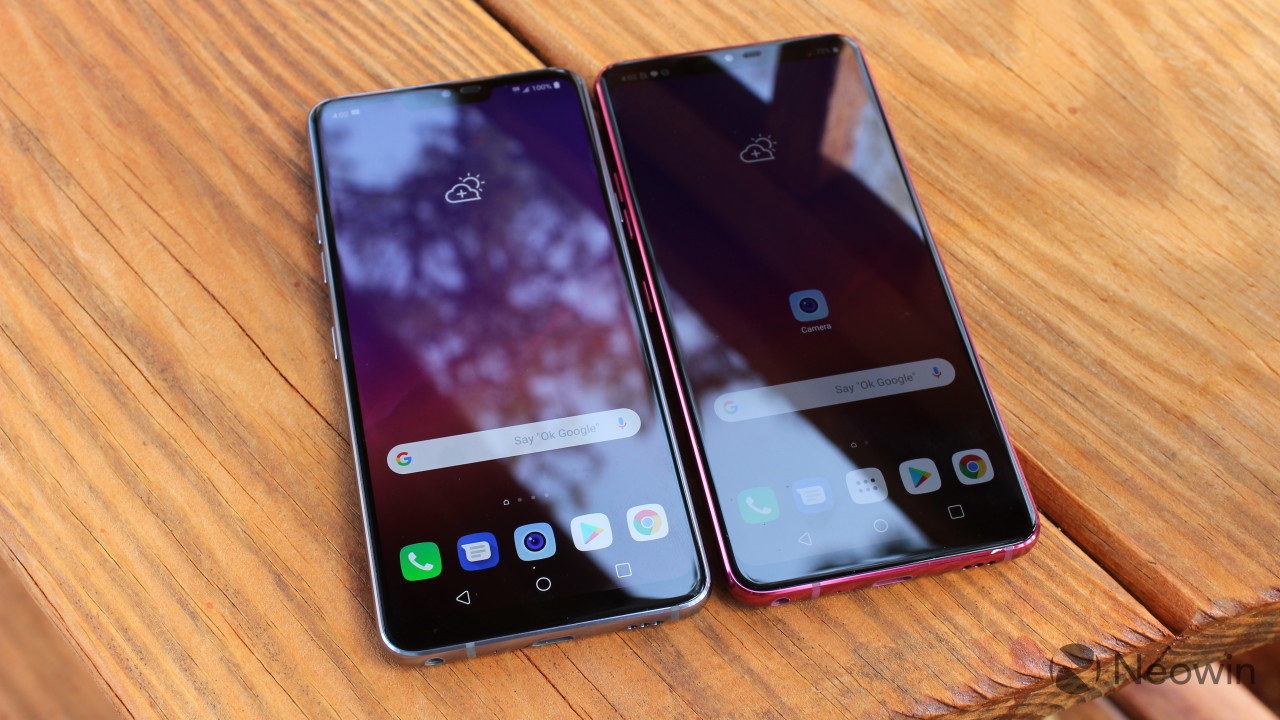 The display looks great though, and LG solved one problem that I've often had with its phones, which is viewing the screen in bright sunlight. The G7 ThinQ has a Super Bright Display that goes up to 1,000 nits. Unfortunately, this has to be turned on manually, which seems counterintuitive on a device that boasts AI capabilities.

Once again, LG totally kills it in the audio quality department, and this time, it did so on the speakers as well as the headphone jack. The G7 has what LG is calling a Boombox Speaker, and while it only has the one speaker grill, it gets loud.

In fact, it's much louder than its predecessor. You're not going to be using it at parties, but it's more than adequate for when you're at your desk listening to music. 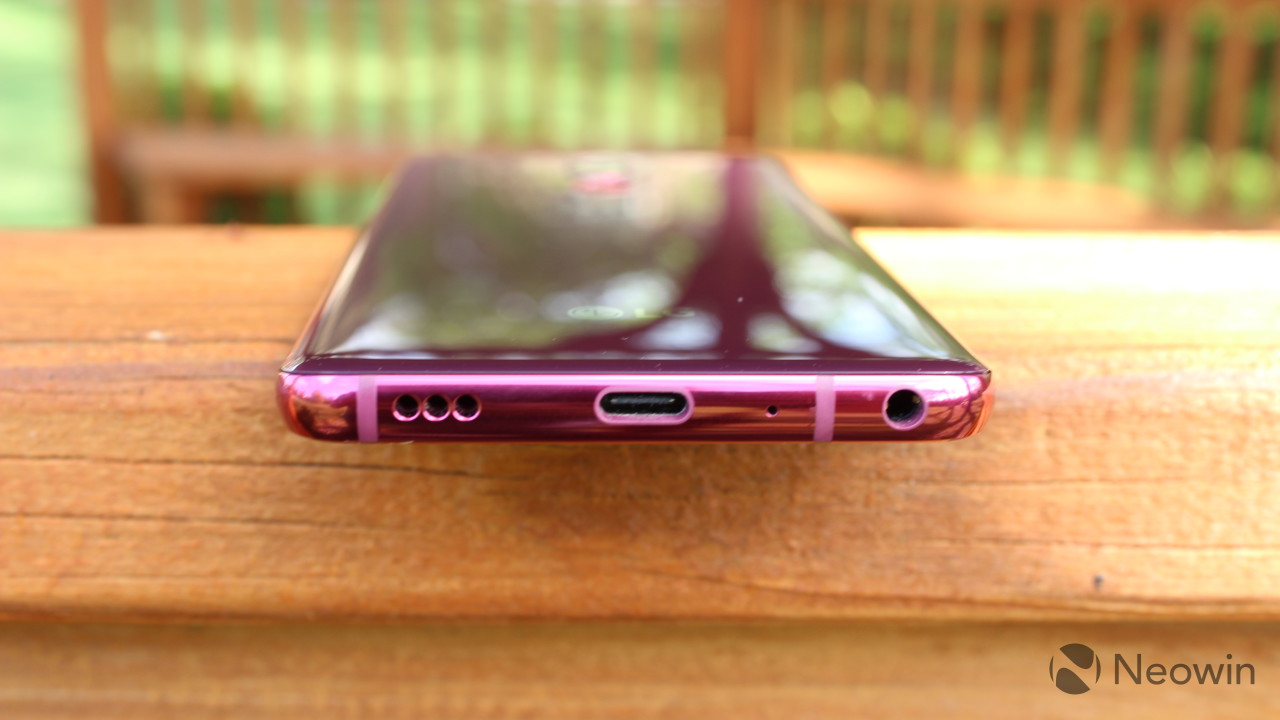 And then there's the 3.5mm audio jack, which is powered by LG's 32-bit Hi-Fi Quad DAC. As usual, headphone performance is unparalleled, which frankly is an easier task in the days of more companies removing the port. Not only is it great for listening to music and such, but it's also great for plugging in a microphone.

I still don't understand why this feature is turned off by default, but when you plug in your headphones, pull down the notification shade and turn on the 32-bit DAC. You can absolutely hear the difference.

While companies like Apple, Huawei, and Motorola are killing off the headphone jack in their flagship devices, LG likely never will, or at least not in the foreseeable future. The company has invested a lot in the legacy port, and it's very well executed.

The camera is a big part of the new features in the LG G7 ThinQ. As mentioned earlier, there's a new AI Cam, which can see what the device is looking at, and adjust the settings accordingly. Like the Super Bright Display, the 32-bit DAC, and other things, this is something that you'll have to turn on manually when you want it. Again, it seems counterintuitive when you're boasting AI capabilities.

The AI Cam feature does its job pretty well in most cases, but there are some that I don't like. For example, it makes my dog look orange. My dog is not orange. It would be nice if there was a setting to snap an image with the AI Cam turned on and also save a standard image. 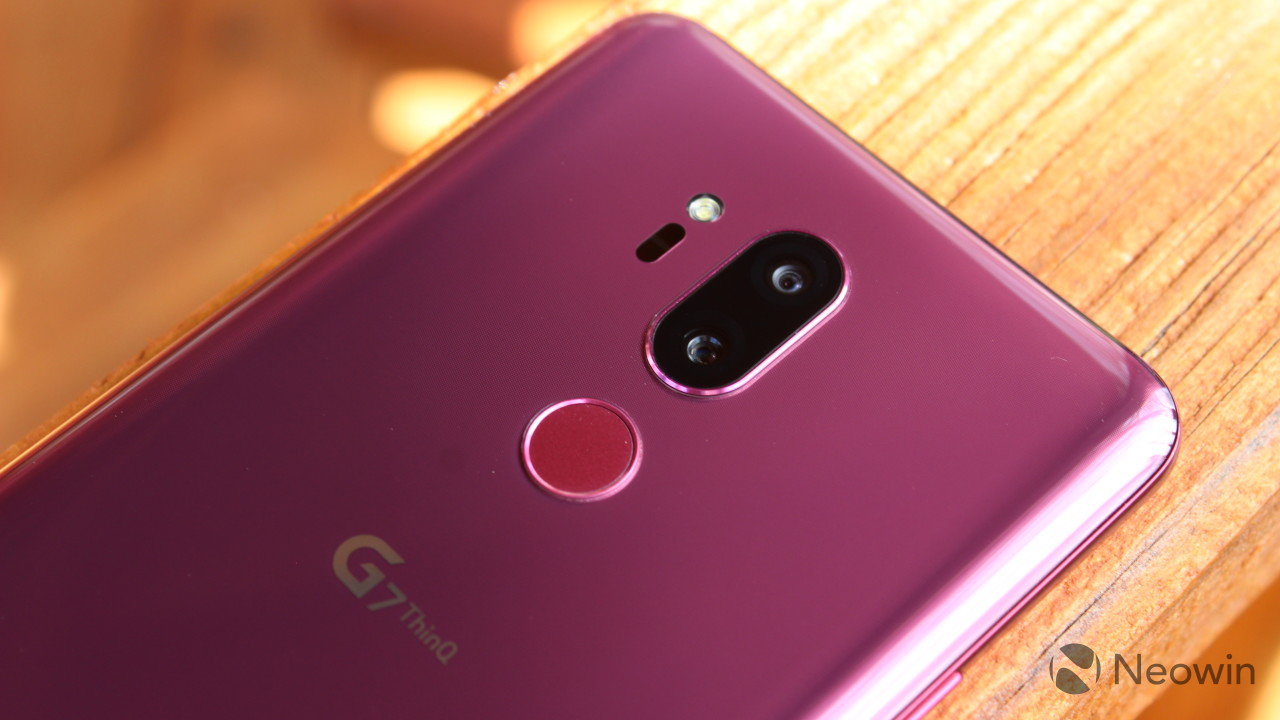 It also does other things, like it suggests that you use the wide-angle lens when the image would look better. And yes, as in previous devices, the LG G7 includes a standard- and a wide-angle lens, both of which are 16-megapixel.

The camera is quick to focus, using a hybrid system of both phase-detection and laser autofocus. This also means that it focuses quite well at night.

I did find that a lot of the low light images were grainy and noisy, and this is mostly due to the fact that the device is trying to process the image into something brighter than it can produce with the light that it has. Still, it produces a better image than most in poor lighting.

Here are some samples. As you can see, I used both the standard-angle and the wide-angle lens, and in some cases, I turned the AI Cam on and off.

As you can see, the camera does pretty well in most lighting conditions, and it's notable that it focuses well in low light. Many devices that use only PDAF will perform quite poorly in low light conditions.

I still feel like the lights are a little too blown out, and that the images could be a bit quieter in low light.

The G7 ThinQ also has a super bright camera, which is meant to combine the lighting from four pixels into one. Here's an example:

That last image was taken in minimal lighting, and while the final result isn't the best image in the world, it's still pretty good considering the lighting conditions. It took what wouldn't have been much of a photo at all and turned it into something that's at least usable.

The LG G7 ThinQ is a flagship smartphone in 2018, so performance isn't going to be an issue. In fact, at the press event where LG announced the device, it didn't even mention the specs, because truthfully, you can pretty much assume that a modern $800 device will perform the tasks that you need it to.

With that in mind, enthusiasts won't be so trusting. For benchmarks, I used Geekbench 4 and AnTuTu. Normally, I'd use GFXBench as well, but the G7 ThinQ actually refuses to run a benchmarking application if there's a data connection, so I had to keep the device in airplane mode. With Geekbench, I was able to flip the mode off after launching the app, but that workaround didn't work for GFXBench. I understand that performance is better without a data connection, but unfortunately, this leaves many benchmarking apps useless.

First up is Geekbench 4, which tests the CPU. 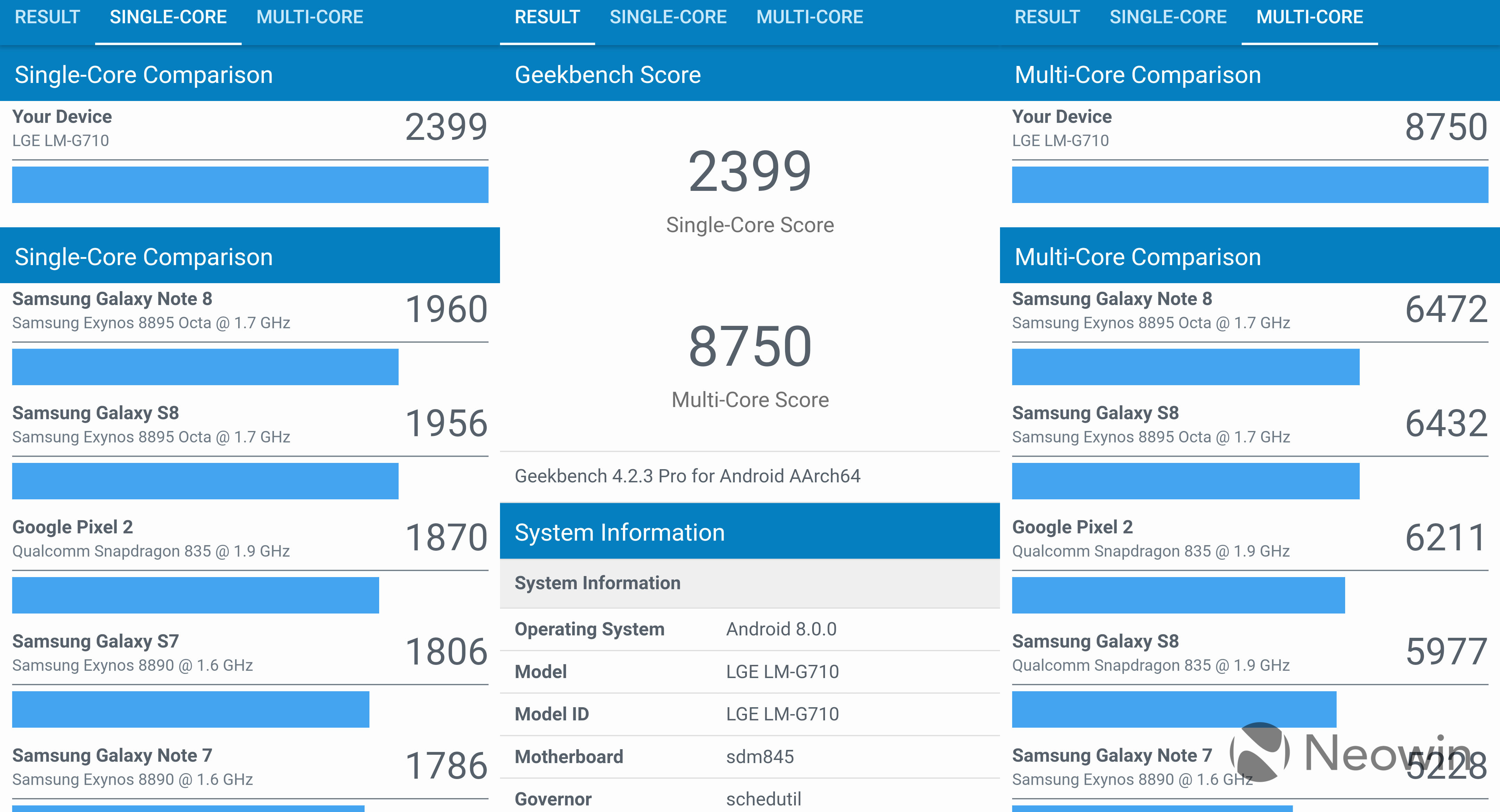 For comparison, Samsung's Galaxy Note8 scored a 1,866 on single-core and 6,539 on multi-core. That used Qualcomm's Snapdragon 835, which was last year's flagship chipset. This year is the Snapdragon 845, and that's what's included in the LG G7 ThinQ. Unfortunately, it's still not on par with Apple's A11 Bionic that's in the iPhone X, which scored 4,237 on single-core and 10,112 on multi-core.

Next up is AnTuTu, which tests a bit of everything, and is the only benchmarking app that I was able to run completely in airplane mode. 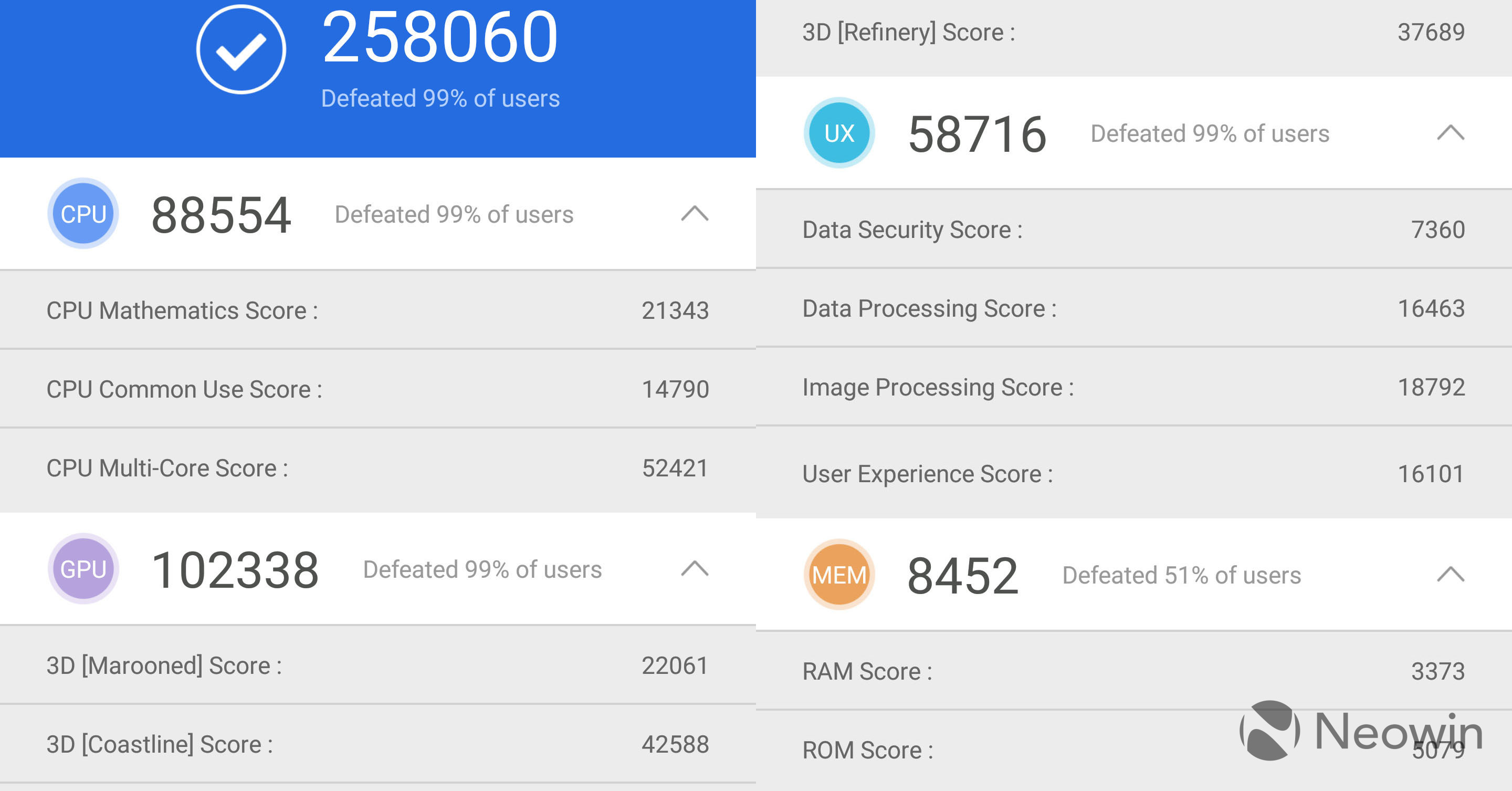 AnTuTu is a bit harder to compare to other devices, since the company has once again redesigned its app. To compare it to another phone that came out this year, Huawei's P20 Pro only scored 205,943 with its Kirin 970 chipset. This one does outperform the iPhone X though - even when it's running the newer test.

LG's G7 ThinQ has a lot of potential and it has some great features, but they don't seem very well implemented. After all, LG's AI brand is in the name of the phone, so I expect some level of intelligence from the device. I expect the camera to know what it's looking at and take the best pictures automatically, and for the device to realize when I need the Super Bright Display automatically. All of this stuff has to be turned on manually, which can be a pain. 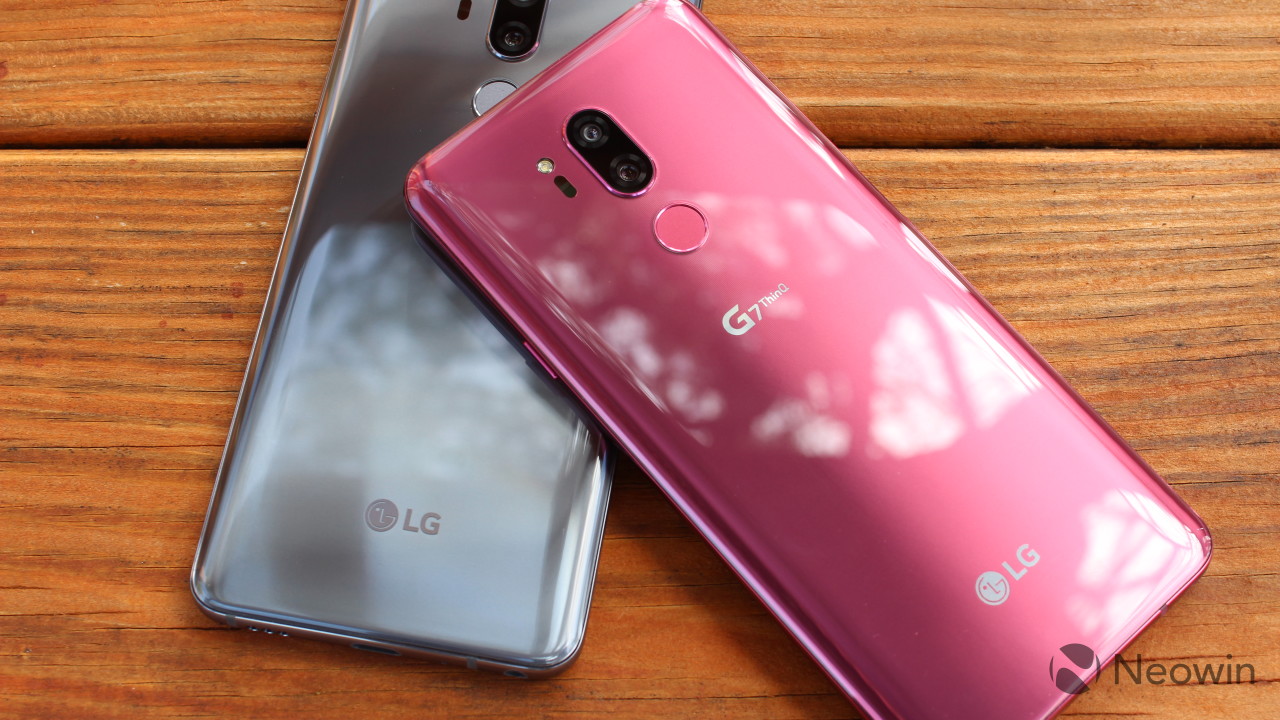 I still like that the camera is still better than most competitors, particularly the fruity one. However, I think that the AI stuff needs to get better, and the good news is that everything that I'm complaining about can get better with a software update or two.

One thing that I want to call out is the audio quality though, which is frankly phenomenal. If you listen to headphones on your phone or you record videos with a microphone, I can always recommend an LG phone. The Boombox Speakers are a nice touch as well, as it almost eliminates the need for a Bluetooth speaker.

The one thing I'd suggest if you buy the G7 ThinQ is that you spend some time familiarizing yourself with the AI Cam. Decide if you love it or if you hate it, and get familiar with which situations and scenes it does better with. Remember that before you turn the feature on.

Ultimately, it's still a great device. The AI stuff just needs a little bit of work. 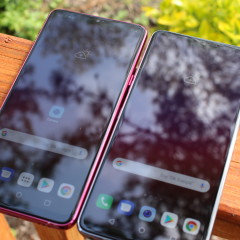 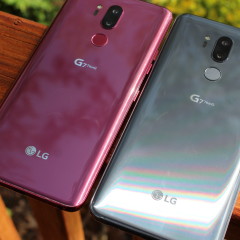 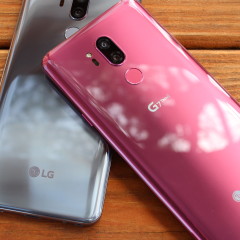 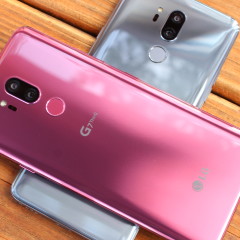 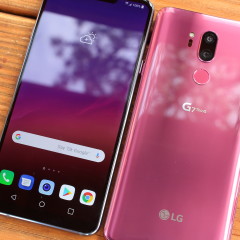 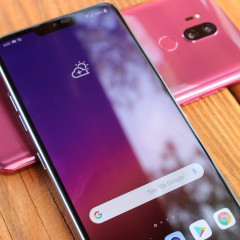 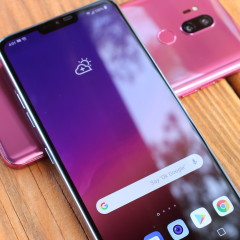 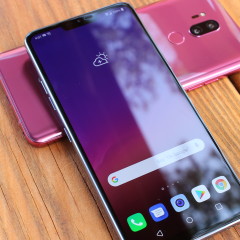 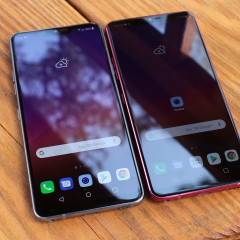 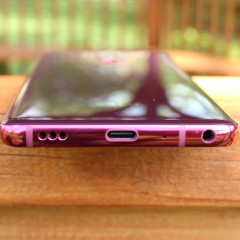 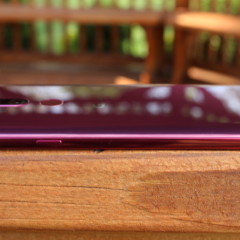 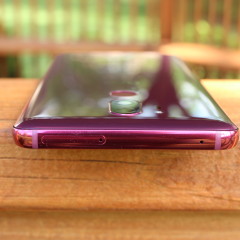 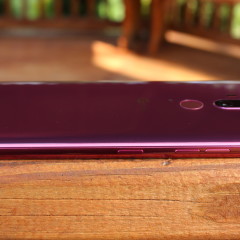 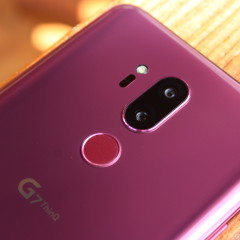