LG have issued a press release announcing that their new phone, the LG Optimus 7, will feature DLNA, the wireless transfer standard that allows devices to share content across a home network. This feature was recently shown off to Engadget, who made a video of the functionality, at this year’s IFA trade show in Berlin, Germany.

The LG Optimus 7 is expected to be announced soon as a Windows Phone 7 device in which Microsoft and LG worked together to bring DLNA functionality to the phone.

Critics of Windows Phone 7 said that due to Microsoft demanding such strict hardware specifications, handset manufacturers would be unable to make their devices unique in the marketplace. However, LG seem to have a found a way to differentiate their devices from other Microsoft partners' devices by bringing the DLNA standard to mobile devices. It will be interesting to see what the other manufactures are planning to add to their devices. 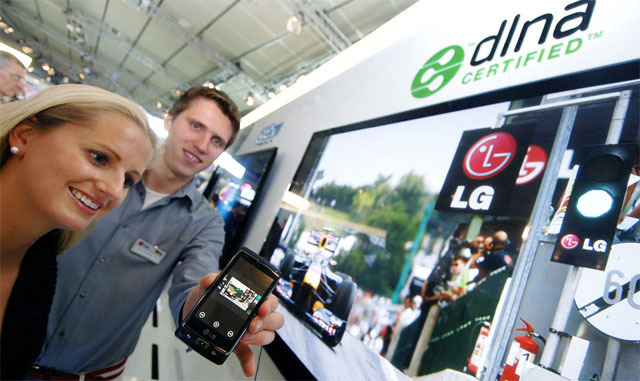