LG's SteamVR headset was announced earlier this year at the Game Developers Conference (GDC), together by Valve and LG; utilizing Valve's SteamVR SDK, the headset is quite similar to the HTC Vive, but with a few improvements to make its experience and design more intuitive.

Unfortunately, LG hasn't been very open about the headset's development since then, leaving only breadcrumbs of information about its project; however, this week, the folks at Silicon Valley Virtual Reality (SVVR) spotted the LG headset at the Korean Virtual Reality Festival, subsequently tweeting about it:

Just tried the LG SteamVR HMD with the flip-up screen @ #KVRF, it's fantastic! Can't wait for the release version pic.twitter.com/wXMC0mQw9e

During the headset's debut at the GDC, the known internal specs of the prototype were slightly better than that of the HTC Vive, listed below:

SVVR couldn't get ahold of the current prototype's specifications, but it may be safe to assume that they have been updated or tweaked since it was spotted last time.

Also worth noting is the fact that the prototype showcased at GDC did not have inbuilt headphones like the Oculus Rift, but rather relied on a 3.5mm headphone jack along with a pair of headphones - much like the HTC Vive, but without an equivalent for the deluxe audio strap by HTC. LG also showcased it's pair of handheld controllers at the GDC, with a similar set of buttons and layout to the Vive controller wands.

LG said during GDC that development kits had already been shipped to select partners and the headset was slated for release by the end of 2017. However, with Valve's upgrades to SteamVR Tracking and the new knuckle controllers, it is currently unknown if LG has considered delaying the launch to accommodate for these developments. The pricing and release date of the virtual reality headsets also remain unknown, as of yet. 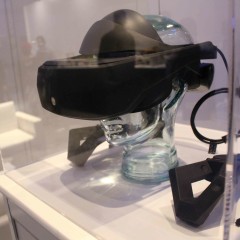 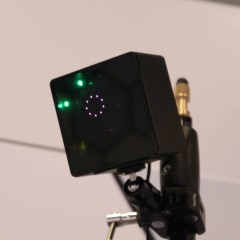 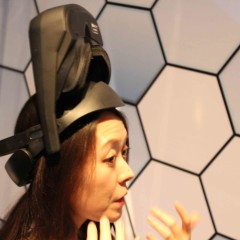 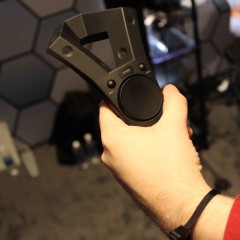