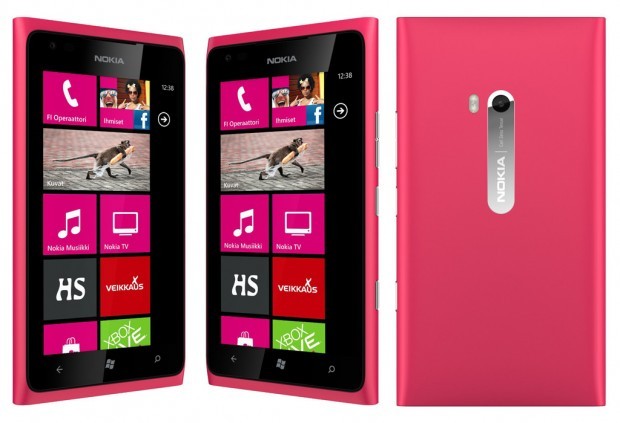 Nokia's trend towards creating multi-colored versions of its smartphones has extended to its Lumia line-up. For its new flagship phone, the Lumia 900, the company has already released a cyan, black and white version of the Windows Phone device. Both the cyan and white versions are very popular here in the US; they are still on back order at AT&T's online store.

Now there's word of yet another upcoming color for the Lumia 900. The Finnish retailer Gigantti (via E's Phone blog ) has posted up a pre-order page for an upcoming version of the smartphone that has the color of either magenta or fuchsia (depending on which label on the site you believe).

Nokia has yet to officially reveal this new color version for the Lumia 900 and it's entirely possible that it is being made strictly as a Finland exclusive, since that's also Nokia's home country. However, we suspect that this magenta/fuchsia version might also find its way to the US and other territories, if for no reason than to help out AT&T with supply issues with the other Lumia 900 versions. In any case, we also suspect that this color will be very popular as well.