The Meetup website is the center of a social networking service designed to give local groups a chance to promote themselves and their upcoming gatherings. However, for the past several days the site has been suffering from a series of denial of service attacks that has taken down access to the site for long periods. 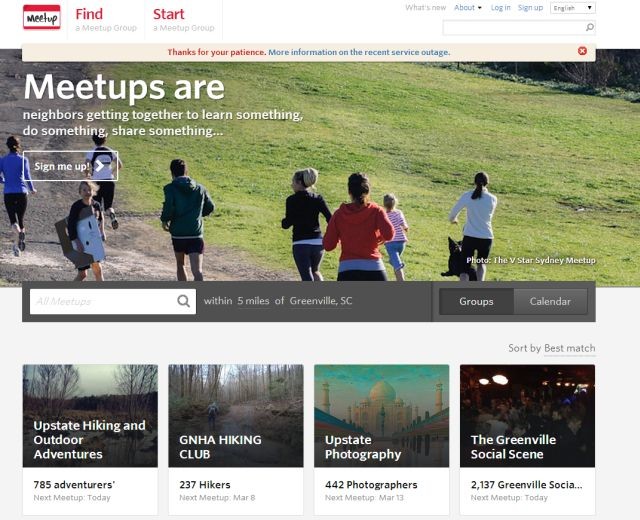 In a rather refreshing and open blog post this week, Meetup co-founder and CEO Scott Heiferman, offered a timeline of the events. He received an email on Thursday, February 27th with the following message:

A competitor asked me to perform a DDoS attack on your website. I can stop the attack for $300 USD. Let me know if you are interested in my offer.

As to the $300 extortion offer, Heiferman said that Meetup did not pay it because they simply won't negotiate with criminals. He also said that the low amount of money might also be a trick and that if the company had paid it off, the people responsible for the attacks might simply ask for more. He added:

This is an attack on everyone who believes that people are powerful together. We live in a world where criminals can make extortion threats against an organization like ours and temporarily frustrate millions of people. But we also live in a world where organizers start new Meetup Groups, members show up, people start talking, and communities form.

Heiferman said that Meetup users can count on the site to be stable and up to speed soon and that the company is confident their security team can protect the site against future attacks "even if it will take time."