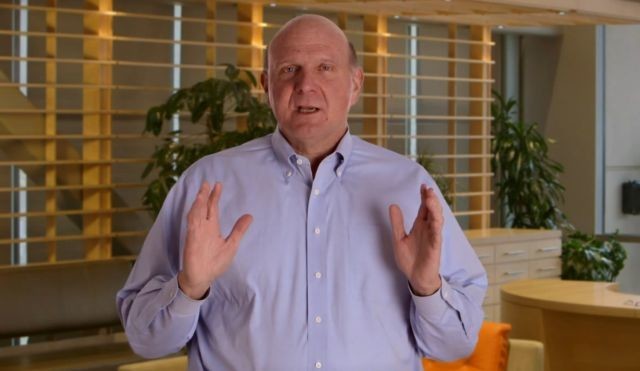 One month ago today, Steve Ballmer departed as Microsoft's CEO after over 13 years at the helm of one of the biggest tech companies in the world. However, in a presentation in the U.K. at Oxford University today, Ballmer indicated he might want to use a time machine to go back and make some different decisions.

In his first public appearance since leaving the CEO gig, Ballmer told a group of students at Oxford's Said Business School that he had a few regrets while he was leader at Microsoft.

"If you look at things in the last 10 years, it's probably fair to say there are things that did not go as well as we intended them to," he said. "We would have a stronger position in the phone market today, for example, if I could redo last the 10 years."

Ballmer made the decision to ditch the older Windows Mobile operating system for Windows Phone in 2010, which has been far more successful for Microsoft.

Even if Microsoft makes mistakes in some markets, Ballmer indicated that the company has enough money to solve those problems and "catch the next wave of rapid innovation." That may include wearable computing devices in the next decade. Ballmer said, "Whether they will be things we wear on our eyes or in our ears, devices will continue to change."

Ballmer also offered some business advice to the students who attended the presentation. One of the things he said successful business leaders should do is recruit the best people. In fact, Ballmer said his last act as CEO of Microsoft "was a recruiting call."