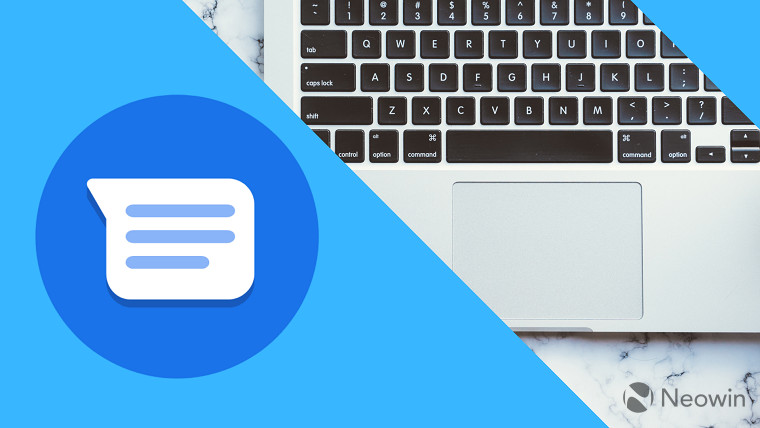 In June 2018, Google rolled out Messages for web, a browser-based version of the Messages app that lets users send text messages from their PC via the messages.android.com domain. However, it was in December of last year when a commit in Chromium Gerrit was spotted with an indication that the web app might be transitioning from Android.com to Google.com.

It now appears that Messages for web has become available on its new domain, messages.google.com. The webpage is live now and it includes support for Rich Communication Services (RCS), allowing you to turn on chat features for sending interactive messages to others. Earlier last year, Google beefed up its effort to roll out RCS to more users by teaming up with the mobile industry in order to ship Messages as the default messaging app for smartphones.

Additionally, the updated Messages for web includes an option to turn on dark mode. These and other capabilities can be accessed via the Settings menu, which now has its dedicated page instead of a mere dialog box as is the case in messages.android.com.

That said, the Android.com domain for Messages is still available, although some users have reported a problem trying to access the page. At the same time, a pop-up message also appears for users visiting the old domain, inviting them to take a look at the new Messages for web.