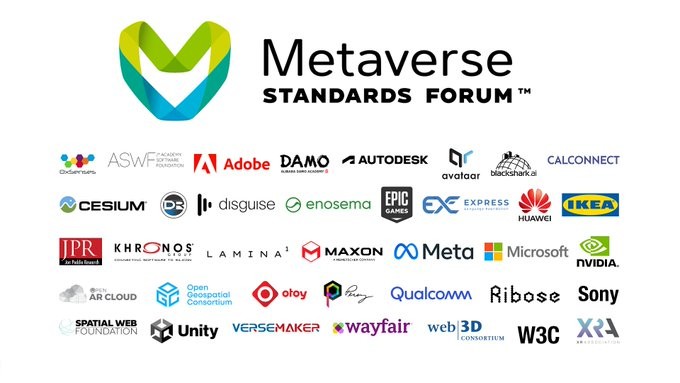 Although the term "metaverse" has failed to gain widespread public traction in the past few months, it seems that big tech isn't giving up just yet. Now, multiple organizations have joined hands to form a consortium called Metaverse Standards Forum. The list of founding partners can be seen in the graphic above, and you'll notice several heavy-hitters including Microsoft, Sony, Meta, Qualcomm, Nvidia, Epic Games, Huawei, Adobe, and more.

The idea behind the forum is to promote the development of open and interoperable standards necessary to build the metaverse. But of course, the press release doesn't define what tangible shape this metaverse would take.

Membership is open to any organization willing to take part in this effort, and it's free-of-cost. The consortium has mentioned the need to build spatial technologies such as interactive 3D graphics, VR, digital twins, content collaboration, and more to reach "new levels of scale and immersiveness". But again, the press release doesn't tangibly define what it means by that phrase.

Vice president of Metaverse at Meta Vishal Shah had the following to say about the collaboration:

Building a metaverse for everyone will require an industry-wide focus on common standards. The Metaverse Standards Forum can drive the collaboration that’s needed to make this possible, and Meta is committed to this work. Creators, developers and companies will all benefit from the technologies and experiences that will be made possible by common protocols.

Of course, an endeavor of this scale means that either metaverse will become mainstream or that it will fail spectacularly. We will find out more once forum meetings begin next month.

You might also notice that Apple is suspiciously absent from the list of founding partners for the Metaverse Standards Forum. Whether that is due to Apple's lack of interest in this area or the firm's nature of gravitating more towards proprietary solutions remains to be seen.