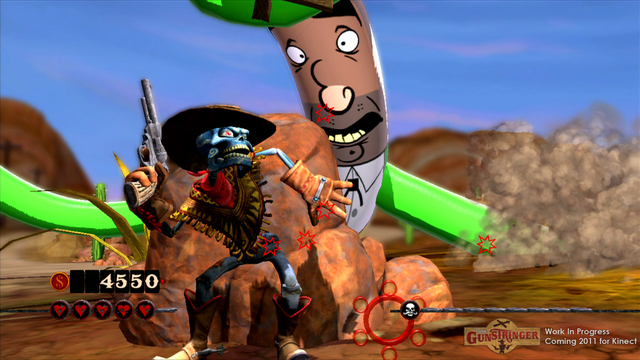 Microsoft is making moves in expanding its in-house game developer studios. Today the Major Nelson web site announced that Microsoft has acquired Twisted Pixel, the Austin, Texas-based game development team best known for making smaller downloadable game titles. The company recently released its first retail game, the Kinect exclusive title The Gunstringer, which was published by Microsoft. Financial terms of the deal were not disclosed. Twisted Pixel joins other game developer studios owned by Microsoft such as Rare (makers of the Kinect Sports games) and Lionhead (creators of the Fable RPG series).

Formed in 2006, Twisted Pixel has made its reputation on making quirky downloadable games such as The Maw, Comic Jumper, Splosion Man and its sequel Ms Splosion Man. All of those games were Xbox Live Arcade exclusives with the exception of The Maw which was also released for the PC. So far there's no word on games Twisted Pixel will be making as a new Microsoft Studios game development team.

Microsoft hasn't acquired a game development studio in some time. Indeed, in the past few years Microsoft has shut down a number of its internal game teams. One was Ensemble Studios, the creators of its Age of Empires series and was later shut down in 2009. Microsoft also closed its ACES Studio that same year, which was responsible for its long running Microsoft Flight Simulator series. FASA Studios was shut down in 2007, which developed a number of games in the Mechwarrior universe.