Engadget is reporting Microsoft and LG have announced they will both market LG's new 3D televisions with 3D Xbox 360 games in South Korea after the two companies agreed to a memorandum of understanding in a recent Korean press release. 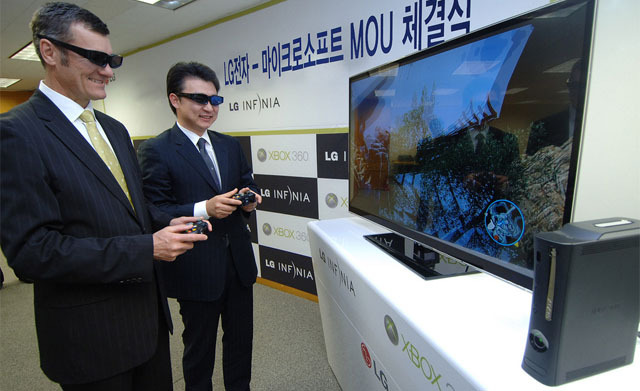 The image above does show 3D gaming for Xbox 360 on an LG 3D television but details of which games and how the console will get 3D capabilities were not given. Engadget understands Xbox 360 3D games will be bundled with the LG 55/47LX9500 LED televisions and released by the end of June.

The partnership between Microsoft and LG is expected to expand into the Asia Pacific region after the South Korean release. It is believed the roll out of 3D games on the Xbox 360 will be similar to the PS3 with a software update to the system opposed to the need for new hardware for the console.